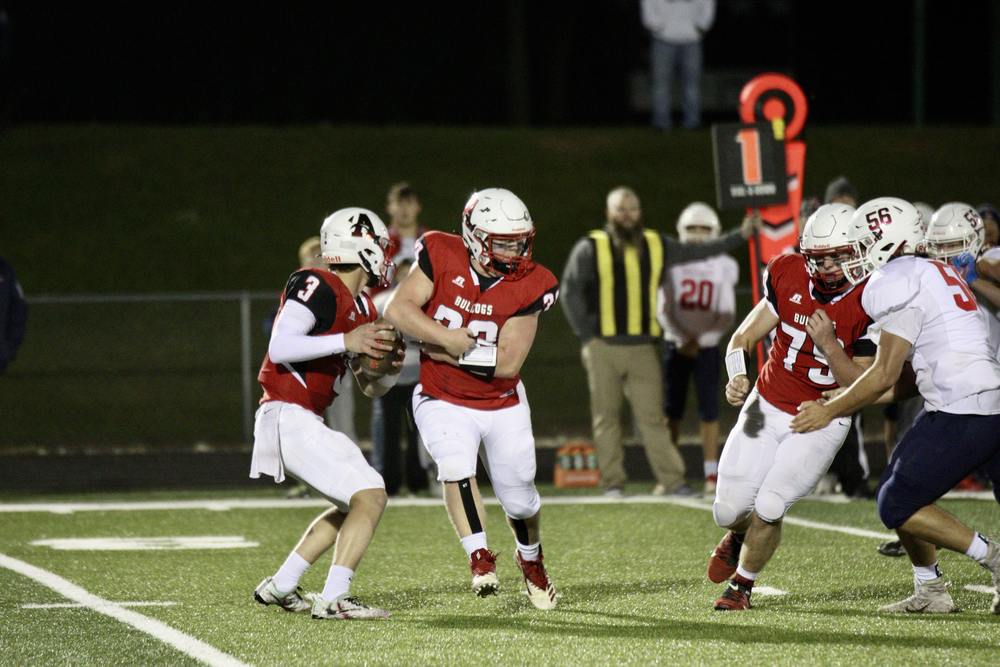 The Algona Bulldogs lost a tough one to the Ballard Bombers, 49-21, Friday, October 15th. Tyler Manske was 11 of 26 for 105 yards and one touchdown. Wyatt Garman was the leading rusher with 24 yards on six attempts. Trevon Smith was once again the leading receiver with four receptions for 38 yards. Jaxon Woodyard was the standout on the defensive side with eight tackles, two tackles for losses, and a sack.

The Bulldogs did make the playoffs as an RPI Team, which goes by strength of schedule along with record. The Bulldogs will take on Sergeant Bluff - Luton, who is sitting at 7-2, at their place on Friday night, October 29th, at 7:00. Tickets must be purchased online. You can also listen to the game on KLGA radio. Wyatt Garman says, “It doesn’t matter, I got them Dogs by five.”