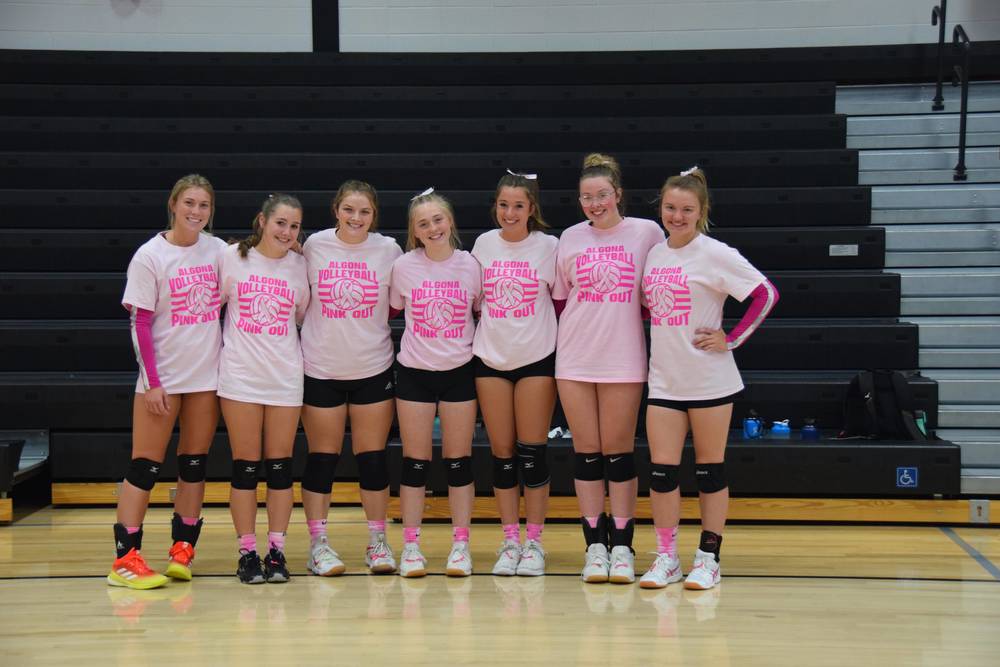 Algona’s 2021 volleyball season has come to an end. The volleyball girls played in Algona on Saturday, October 16th, for another home tournament. Algona played against Lake Mills, 0-2, Clear Lake, 0-2, and won 2-1 against Mason City. The girls played well and worked hard.

The Bulldogs had their first Regional and last game of the season on Monday, November  18th, in Garner.  Algona played a hard match and pushed it to five games. Algona won the first game 25-14, then fought strong but came up short 25-27. In game three, they came up just short again, 23-25. In game four, Algona came back 26-24. This made the night go on with excitement, screams, and cheers as they played their 5th game. Coming up short, Algona lost 9-15. Maddie Hilbert says, “It was a tough loss, but we all finally played together.”

The Algona volleyball season came to an end with a 11-25 record for the year.

As it was the last game of the year, the team said goodbye and thank you to the seniors: Madi Adams, Kenzi Carrigan, Sophie Degner,  Alasha Heenan, Maddie Hilbert, Maddie Rahe, and Shea Thilges. The night ended with lots of hugs and tears, but the seniors were all glad to share their last year with such a great team. The seniors will be missed, but we thank them all so much for all they have done.