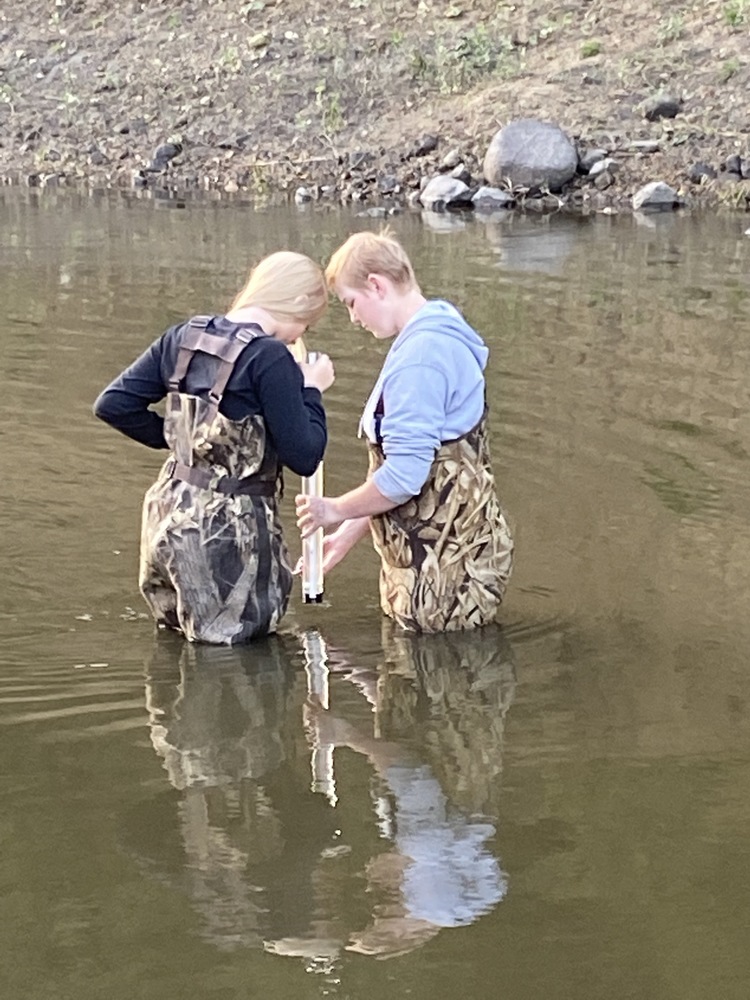 On September 16, 2021, the Algona High School advanced biology class took multiple tests of the water from the East Fork of the Des Moines River. The class recorded the physical attributes of the river, which tells them how the river has changed over time. It also tells them what has been affecting the water and changing it. They also looked at the depth of the water and the stream velocity.

The advanced biology class proceeded to determine the color and odor of the river. The water was brown, but you could still see the bottom to an extent; it was not too murky. The scent was a natural musk. They also measured the width and depth of the water. Since it rained earlier in the week, they had to wait for the water to lower to a safe depth before measuring that. The students then stretched a rope across the river and measured how many meters it was. The width of the river came out to be 14 meters. When they were done measuring the width, they moved on to the depth. The deepest spot in the river was at 8 meters and measured at 70 centimeters. The average depth was 47 centimeters.

After measuring everything, the students moved on to catching different organisms. When catching these organisms, they were able to predict the current condition of the water.

This trip was an amazing experience for the advanced biology students and they learned a lot of new information.