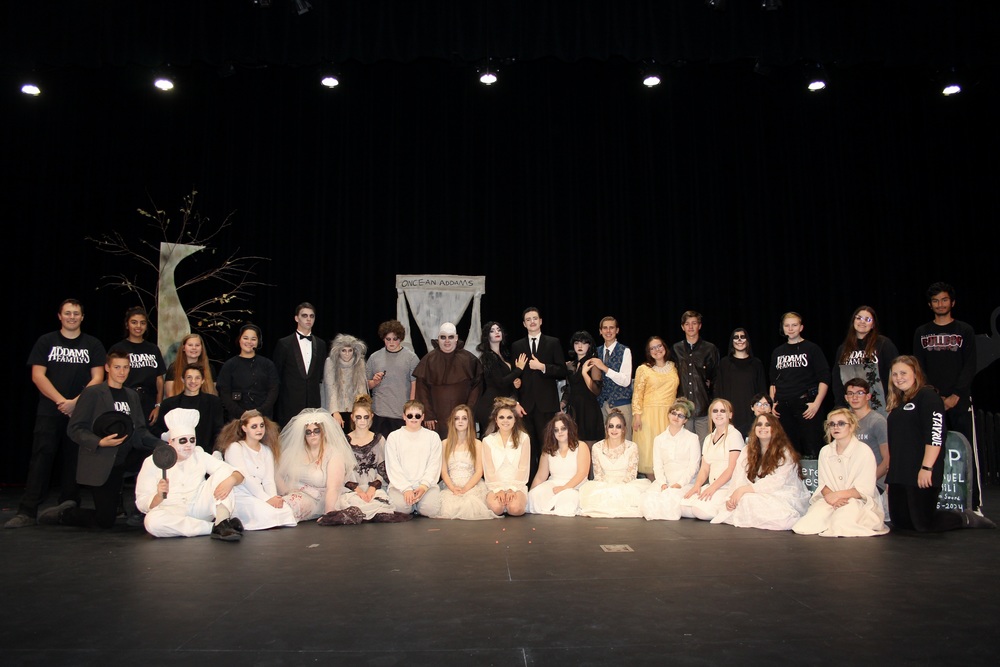 The Addams Family musical is a spinoff of the original Addams Family. The family has grown up quite a bit in the musical, especially the character Wednesday. The musical follows the family as they deal with Wednesday's newfound love for Lucas Beineike, a new addition to the story.

The cast and crew from AHS has worked hard since late August and early September. All of their hard work paid off on October 29th, 30th, and 31st, as the show was a great success. The show had a great turnout of over 500 attendees. Performers heard wonderful feedback from the viewers. The Addams Family musical will go down as one of the greatest shows in AHS theatrical production history.

Director Adam Orban said, “I thought the show went really well. I’m happy about all of the work everyone put in and thought it turned out great.”

The theatre department will be losing a lot of seniors, but this musical was the perfect ending to their musical career here at AHS. The theatrical department is thankful for all of the time and effort they put in; their skills and knowledge will be missed. The seniors this year include Kylie Skow, Shea Thilges, Jonathan Meyer, Isabelle Gibbs, Tiffani Schutter, Megan Buscher, Wyatt Struecker, Natalie Walker, Cassie Beenken, Ryan McCauley, Wren Menke, and Harsh Modi.