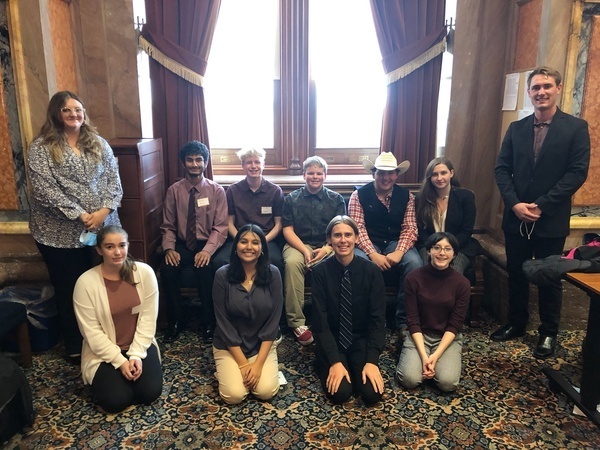 The schools who control the United Nations

Algona High School’s Model UN group had a great opportunity to show their talents at the Iowa Youth Symposium in Des Moines. For two days, students got the chance to model what the United Nations is like with students from all around the state.

In order to qualify for the first day, you had to be named as an outstanding delegate at Regionals. The people who did outstanding at Regionals for Algona were Riker Brindley, Faith Huber, and Luke Huber.

The outstanding delegates were joined by the other Model UN members on the second day of the Symposium.

At the Symposium, the contestants have to vote and pick one of four topics and join the committees to debate, trying to change a “law.” Then the committees have to  write a resolution to appear as if they were the United Nations trying to solve the problem. They have to use the Parliamentary Procedure when solving and writing the “law.”

“It’s a great place to meet kids from all over the state,” Mr Stein says. “ Join Model UN. It’s a great time to meet and work with a variety of others, even if things get a little heated.”

Model UN doesn’t have any more competitions until April.