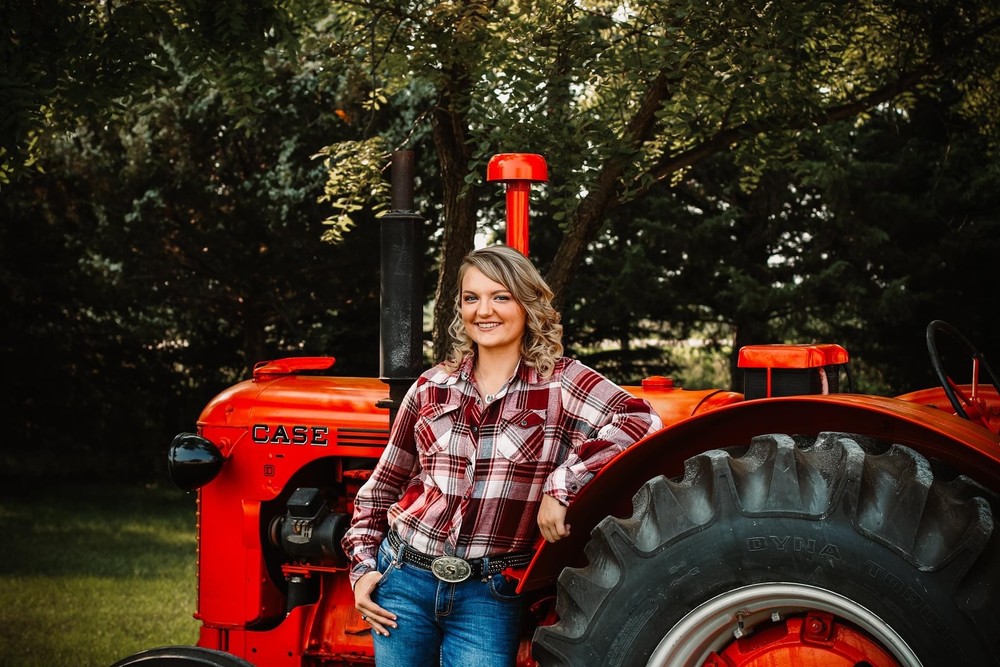 This week’s student spotlight is Sophie Degner. Sophie, a senior, has loved everything about AHS. Sophie has been involved in many activities and enjoys everything she does. With her bubbly, hyper, and determined personality, Sophie has always made an influence on anyone who meets her, whether it’s in class, sports, or just out of school in general.

Sophie’s parents are Cassie and Travis Degner; she has a younger brother and an older brother. Before coming to Algona High, Sophie has attended other schools. She came to Algona in 8th grade, and this was the best school she decided to attend.

Sophie enjoys many things outside of school. For one, she likes to spend her time outdoors with her dogs, riding horses, working on her tractor, and hanging out with friends. Within school, Sophie likes her advanced biology class and enjoys putting in all of her hard work in sports, such as volleyball, wrestling, and track.

Sophie has made a name for herself after placing in girls’ State wrestling her sophomore and junior year. Now in her senior year, Sophie is more than excited for her last season of wrestling and hopes she’ll place once again this year. She states, “I like that I’ve had the opportunity to be able to wrestle in high school and to be able to be the first girl to place at State two years in a row. Hopefully maybe 3 [times in a row] this season.”

As for Sophie’s future plans, she would like to attend the University of Crookston, in Minnesota, to pursue a career in conservation law.

As it is Sophie’s last year here at AHS, Sophie has achieved many things and for sure made an impact on her peers. She’ll miss Algona High School but is excited to see what the future holds for her. Sophie will leave being Bulldog proud.