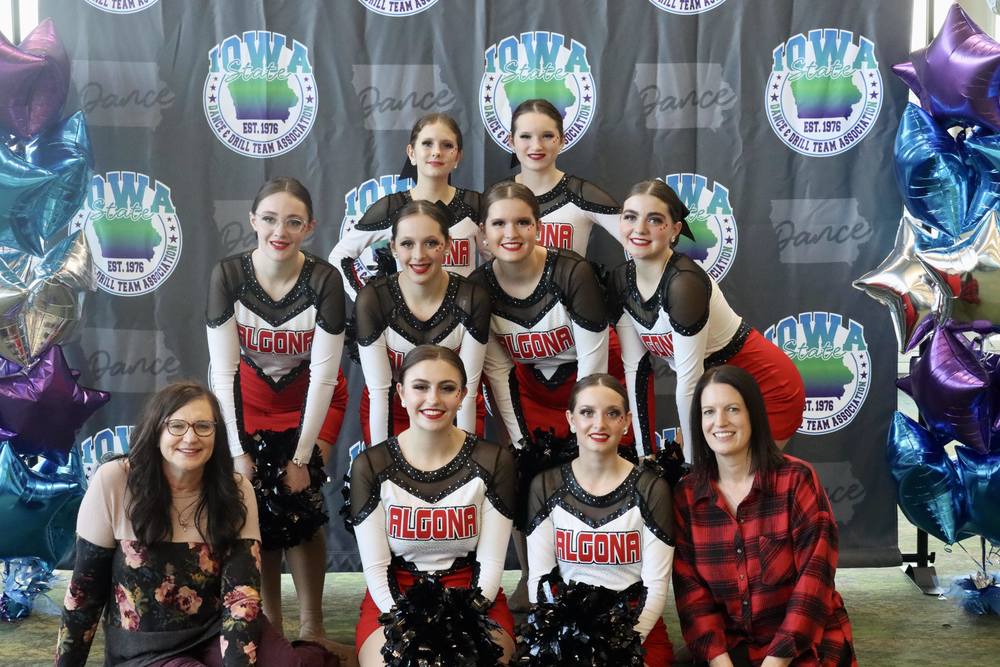 The AHS Dance Team, led by Danelle VanGorkom and Michelle Durant, headed down to Des Moines on December 1st to compete at the Iowa State Dance and Drill Team Association competition. ISDTA is held on December 1st, 2nd, and 3rd. Soloists, 247 high school teams, and 22 college teams from all around Iowa attend the ISDTA event.

On Thursday, December 2nd, the AHS Dance Team started their morning off at the HyVee Hall, room C. Soloists Madison Nevitt, Beth Anderson, Danica VanGorkom, and Sarah Mawdsley competed in the Class VI Solo group. The Class VI Dance Solos had 37 girls competing against each other.  Soloists are ranked by highest scoring. The top 10 are scored on the final results sheet. The results sheet shows the score each judge gave and the average score, which is how soloists are ranked.

Each soloist had to take time on their own to prepare their routines. Madison Nevitt’s routine was choreographed by Melissa Carr. Beth Anderson pulled a routine from a previous competition year and was assisted by Michelle Clegg to enhance her performance. Danica VanGorkom was assisted by her sister, Dionna VanGorkom, to choreograph a solo. Sarah Mawdsley also pulled a solo from a competition she had danced, which was choreographed by instructors from Dance Connection. All dancers did an excellent job but unfortunately didn’t place in the top 10 out of 60 tough competitors.

Unfortunately, the AHS Dance Team had to cut their kick routine. The girls and coaches worked very hard to get the routine ready in time, but it did not come together like they hoped it would.

The performances were available to watch in person or live streamed on any device. Prices for each day were fifteen dollars. The live stream prices varied. Costs for parking was an additional ten dollars if you parked in the arena parking lots. Hotels surrounding the arenas were completely booked out by the 29th of November.

If you would like to see the AHS Dance Team perform, you can catch them at half time during home basketball games this winter season. Throughout the basketball season, the AHS Dance Team performs multiple routines, like pom, kick, and even a bag dance.  You can also see them perform this spring at the Spring Dance Show. That is when you can also see the solos that were performed at State by AHS dance members.