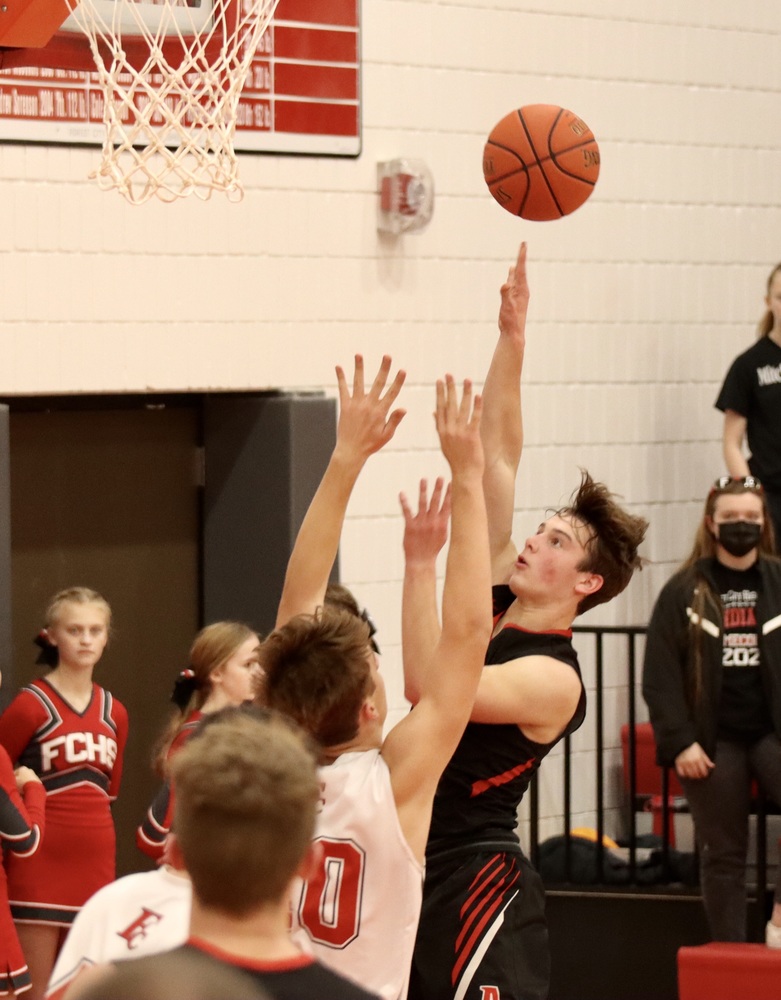 On Friday, December 3rd, the Algona girls’ basketball team hosted the Clear Lake Lions. With many good returning players for the Lions, the Bulldogs were up for a battle. They gave a good fight but ended up losing 60-37. Lillian Etherigton and A’Lailah Perry led in points with eight apiece.

Saturday, December 4th, the girls turned around and got the win against Charles City, 46-39. Lauren McLaughlin led in points with 16 and A’Lailah Perry led with eight assists.

The girls traveled to Humboldt on Tuesday, December 14th, and ended up losing 43-51. Etherington led in points with 13 with Perry right behind with 11.

They will host Webster City tonight and play at Garrigan on Saturday, December 18th.

After that, the team will host Clarion-Goldfield on Tuesday, December 21st.

The boys then traveled to Forest City on Thursday, December 9th, and came away with a 65-39 victory. Tyler Manske and Garrett Goche led in rebounds with Manske having eight and Goche having seven.

On Saturday, the 11th, the boys traveled to Iowa Falls after their match Friday was postponed a day because of weather. They put up a good fight but lost 51-56. Tyler Manske and Caden Weber both added in 10 points on the night while Garrett Goche was right behind, with nine.

The boys then traveled to Humboldt on Tuesday, December 14th and ended up losing a close one, 83-89.

The boys’ team will host the Webster City Lynx tonight and compete against Garrigan on Saturday, December 18th.

Then the boys will play after the girls on Tuesday, December 21st, at home against Clarion-Goldfield before Christmas break.

Senior, Jackson Cecil, says, “It’s a lot of fun competing against other schools with your friends. We have a lot of potential for success this year and lots of good chemistry that helps us work well together.”