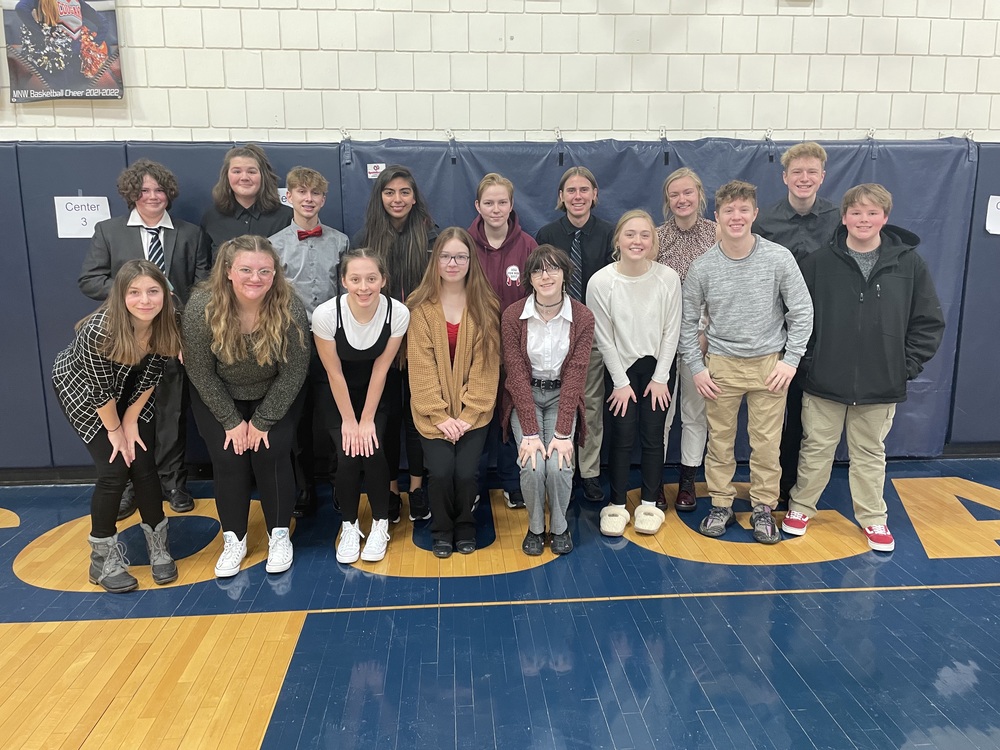 Mrs. Zuetlau is in charge of the speech program at Algona High School. Currently the large group speech students have been working hard in school and at evening practices. They were getting ready for Districts, which were held on Saturday, January 22nd, in Manson.

There are 22 AHS students involved in large group speech. They can compete in two different events. The events that they participated in are group improv, reader theater, and musical theater.

From Districts, on January 22nd at Manson NW Webster High School,  two groups received a Division I rating. The one-act, “Stoke Static,” and the musical theater, “Songs of a New World,” both earned Division I ratings. These two will advance to State Speech on Saturday, February 5th.

At State, if they receive three Division I ratings and a judge’s nomination, they could advance to  the All-State Speech Competition held at Iowa State University on Saturday, 19th.