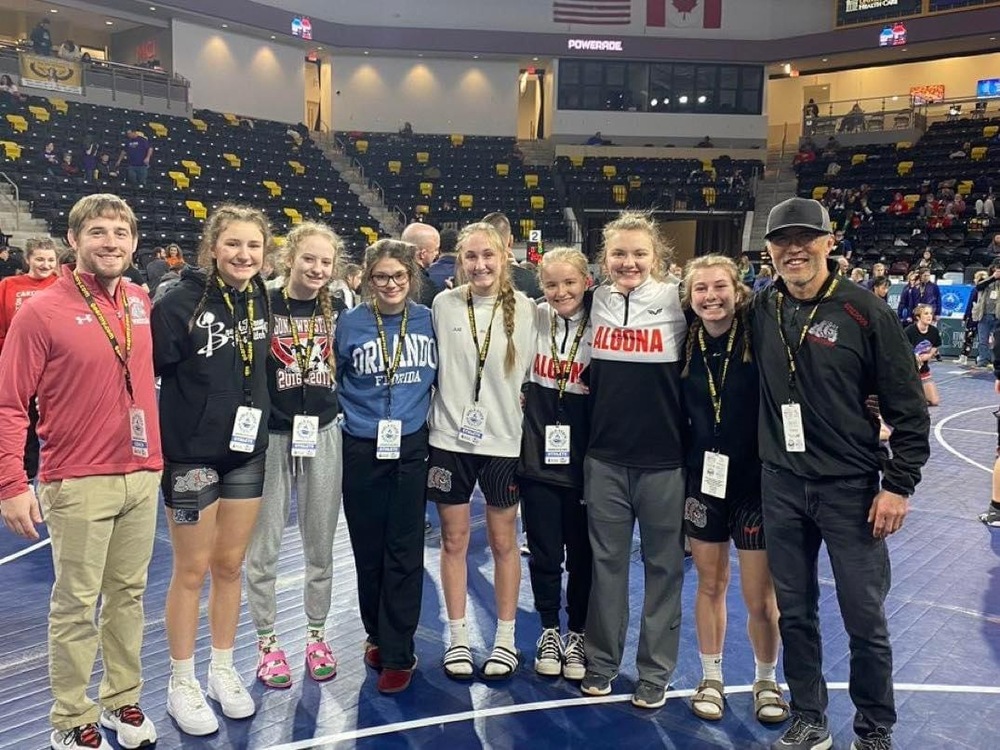 On Thursday, January 20th, the Algona girls’ wrestling team headed to Coarlville, Iowa, to compete in the Girls’ State Wrestling tournament at the Xtreme Arena. The girls wrestled on Friday, January 21st. Winners then advanced to Saturday, January 22nd.

This year is the third year in a row that Degner placed. This year she placed seventh! Degner states, “State was a great experience once again. Placing for three years in a row as a plus! There is something exciting about standing on the podium and being acknowledged for all of the hard work I put in to get to that point.”

All of the girls on the Algona girls’ wrestling team have worked hard this season, and it has shown. Coaches Yi and Adams worked day after day with these girls and Yi said, “State was a great experience for the girls. The goal was for each girl to win at least one match, and that is exactly what they did. Overall the girls wrestled the best at State over the whole season. It was awesome to see Sophie place yet again and win another medal.”

The girls’ wrestling season came to an end when the girls wrestled at Humboldt for the final North Central Conference wrestling meet on Monday, January 24th. The girls put up some good matches as a way to say goodbye to the 2021-2022 season.

Sophie Degner, Ryan Haynes, and Malyn Davis all placed first in their classes at the NCC meet.

Congratulations to all of the girls who wrestled throughout the year. And, as an extra bonus to the end of this season, girls’ wrestling was sanctioned at the State meet for next year! So look for big things to come in the women’s wrestling world!