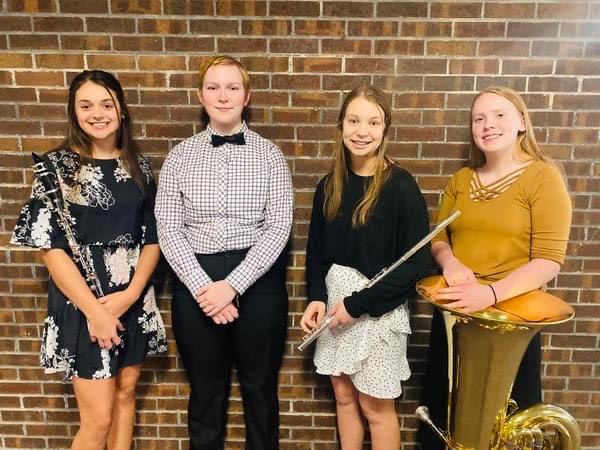 NCIBA Honor Band was held on January 8, 2022, at Mason City, Iowa. To play in the NCIBA concert, you had to be selected through a nomination process with many other students from around the area.

The students from Algona High School who were selected were Wren Menke, Audrey Snider, Ashlyn Waldera, and Hannah Severson. They performed in the NCIBA 9th through 10th grade and 11th through 12th grade honor band.

They were directed by band director Jane Triplett and the prominent composer, Aaron Perrine, was in attendance as well.

“The honor band was an exciting experience for the students to go to and play with highly motivated students from across Iowa. They spent the day receiving instructions from Iowa’s finest teachers in preparation for an evening concert. They represented Algona High School and the Algona community very well,” states AHS band director Nick Liebl.