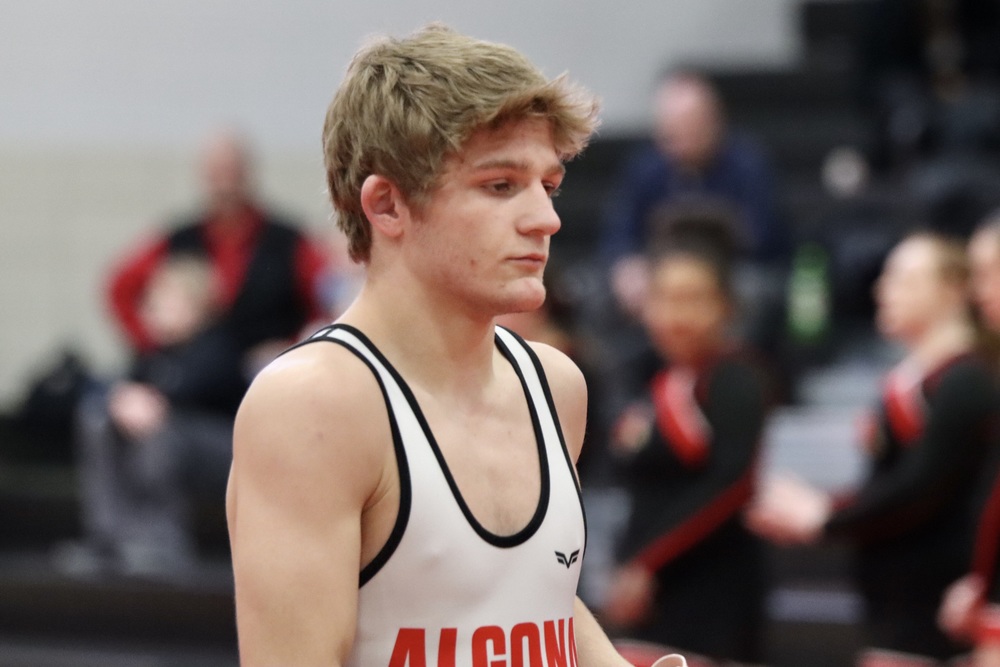 As the wrestling season is coming to an end, the boys have been working harder than ever to be prepared more than ever for this time of the year. Not only have they been preparing as a team, but they have been preparing independently as well. The boys had a Regional Sectional Tournament on Saturday, February 5th, at Estherville. On Tuesday, the 8th, Regional Duals were held at Crestwood.

At Estherville, the Dogs competed against five other schools: Clarion-Goldfield Dows, Estherville-Lincoln Central, Okoboji, Pocahontas, and Webster City. It was a long day for the Dogs, but they made it worth it as some of the guys qualified for Districts.

Isaac Wilson placed 1st at 106 pounds, and Hayden Thompson also placed 1st, at 138 pounds. Runner-ups were Tate Slagle at 120 pounds and Brandon Harris at 152 pounds. The guys had some tough competition but worked hard to place and become District qualifiers. Hayden Thompson states, “It’s a great day to be a Bulldog!” Good job and congratulations!

Since Tate Slagle, Brandon Harris, Hayden Thompson, and Isaac Wilson qualified at Sectionals, they advanced to Districts. The District meet will be held Saturday, February 12th, in Webster City. Here they will compete with other schools to be able to qualify for State.

As for the Regional Duals, the Dogs traveled a bit far to Crestwood High School at Cresco to compete with Clarion-Goldfield Dows. The Dogs, yet again, fought as hard as they could to win against them. Unfortunately, the Dogs had the loss, but it did not let them down completely.  The team had high hopes, but of course we all can’t get what we ask for. The team is happy because they made it this far.

Though the season is over for some of the guys, the other four guys still have a chance to advance to State. State wrestling will be held February 16th, 17th, and 18th at Wells Fargo Arena.