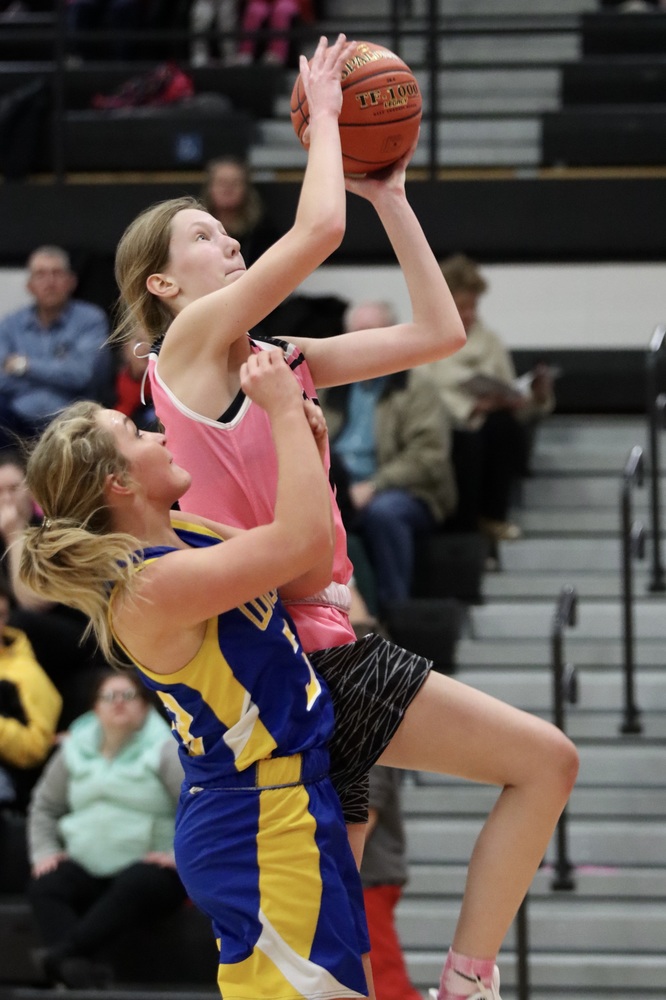 The boys’ basketball team is coming to the end of their regular season. They have just one more regular season home game, which is their senior night. They will take on Clear Lake on February 11th, at 7:30. The Bulldogs are 7-11 on the season with Tyler Manske as their leader in points, averaging 15.3 points per game. Garrett Goche is their leader in assists, with 3.4 assists per game. Tyler Masnske says, “We're hoping to end the season strong and get ready for tournament play.”

Last week the Bulldogs played Clarion where they lost 40-43. It was a close game throughout. Mankse was the highest scorer, dropping 16 points. They started off hot, going up 12-4 in the first quarter. Then in the second quarter, they only dropped nine points and Clarion slowly was getting back into it. In the second half, Clarion took off winning both quarters and in the 4th they dropped 15 points, just enough to get them over the Algona Bulldogs.

Later in the week they played Hampton where the Algona Bulldogs lost 76-73 in another close game. Caden Weber was hitting all of his shots, dropping 18 points and leading the team. At the end of the first half they were up by five and looking good. But in the second half, they lost their way, getting a bit sloppy. Going into the fourth quarter they were only up by one, so they needed to win the fourth quarter. However, they were outscored 24-20.

The boys travel to Webster City next Tuesday, February 15th, for their last regular season game.

The girls’ basketball team has had a good end to their regular season, improving their record to 11-10 with a win over St. Edmond on February 8th. They keep their winning streak going, now with seven in a row. Lauren McLaughlin is their leading scorer, averaging 7.5 points per game. The Bulldogs have a young squad, as they have one senior, who is their leader, Maddie Hilbert.

The Algona Bulldogs’ women’s basketball team also played Clarion, winning 51-46. Lillian Etheington was their leading scorer, dropping 17 points. The Bulldogs got off to a slow start, only dropping four points in the first quarter. After the first quarter they started speeding up and did not slow down.

The Bulldog girls faced a tough opponent in Hampton. Here they won 49-47 to keep their streak alive. Casey VanOtterloo decided that this game was her game as she dropped 18 points. The Bulldogs dominated the first half, being up by 10 before the break. But they came out in the third quarter looking a bit sloppy, letting Hampton get back into the game. Hampton dropped 16 to the Bulldogs’ 8, bringing their lead down to 2 points. In the fourth quarter, the Bulldogs and Hampton kept battling, both dropping 13 points. Due to the early lead, Algona came away with the close win.

The girls are already on to post-season play. They will take on Forest City to start their tournament road on February 12th, at 7pm, in Forest City.