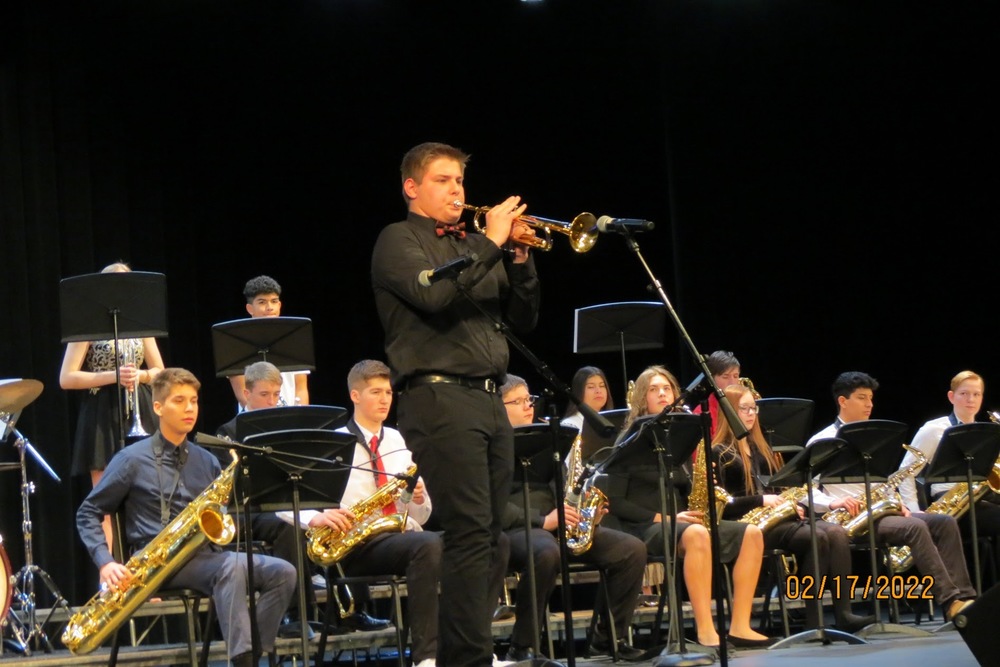 On February 17th, there was an event held at the Ed and Betty Wilcox Performing Arts Center called the Night of Music. This was a black tie fundraising event for the Algona music departments. Tickets were 20 dollars each and the performances started at 7:00 p.m.

Other performances were held at this event as well. The North Iowa Big Band performed, followed by the teacher band, AHS jazz choir, and AHS jazz band. Robert Baca was a guest soloist. Baca is the Director of Jazz Studies at the University of Wisconsin Eau Claire. He played with Frank Sinatra and Buddy Rich. Baca has performed with bands as a soloist all around the world. He is a nationally recognized artist. Baca is also a multiple time Grammy nominated director.

“I was really happy with how it all went and I really look forward to doing it again in the future. It is a great way to endorse music in our community,” stated Mr. Orban. The Night of Music event was awesome and it was great to see graduates returning to perform.