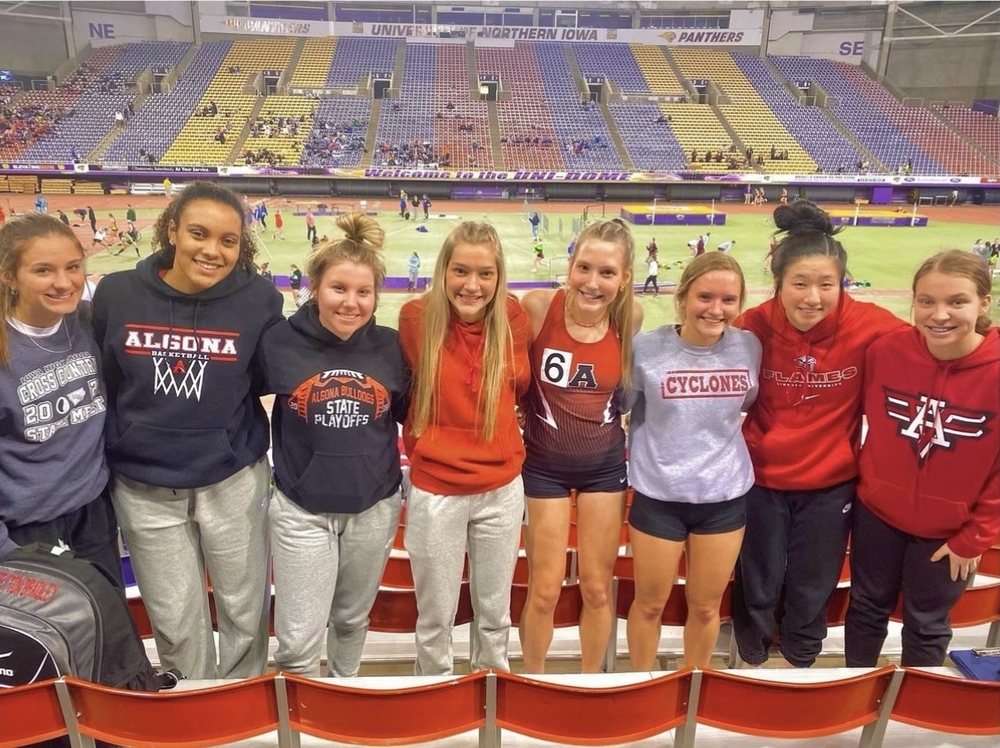 Leaping into the season

Track has started, and the girls are going strong. The first two weeks of practice have been both inside and outside, as the weather allows. On March 7th, a small group of the track members went to UNI for an indoor meet, the Dickinson Relays.

This was a pre-season meet, where some events you have to qualify for. Last year's State qualifiers usually automatically get in. Then they go to last year’s performances at past meets for qualification indicators.

Algona has not run in this meet in quite a few years but wanted to get back at it.

These girls were very excited. Waldera says, “It was very challenging because there were tons of big schools there.” This is one of the first indoor track meets for high school girls in the state, which means a lot of them can qualify for other indoor meets.

Upcoming they have an indoor meet next Friday, March 18th, in Humboldt. The outdoor meets will start April 5th in Clear Lake.