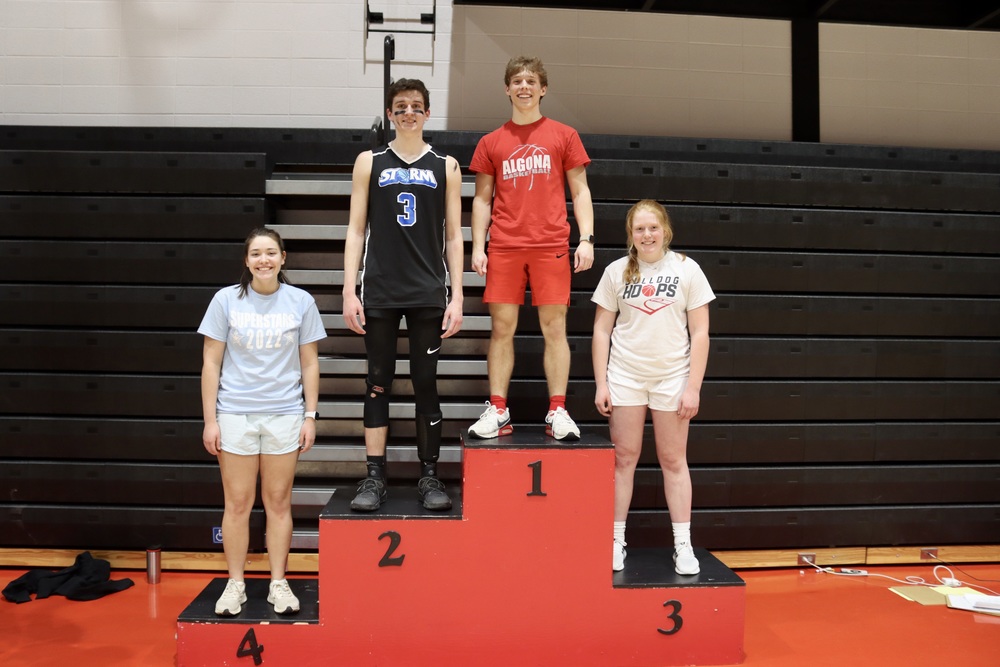 Who are the real Superstars?

Superstars is an event held at Algona High School. It allows students to get involved and play games, competing with their classmates against other grades. Each grade wore a different color to represent their grade. Seniors wore black, juniors wore red, sophomores wore blue, and freshmen wore white.

The competition started off with points for just showing up; the percentage of the class that showed up earned points for the grade. The juniors had the most present, with 77% of their class in count. The freshmen class was next, with 74% present. Sophomores and seniors rounded out the scoring, with 68% and 59% respectively.

From the class count, there were numerous games to choose from. The students signed up for certain events the week before and some were open events or drop in events that anyone could participate in. Both male and female dodgeball games ended with the freshmen placing first. The talent show was also won by the freshmen, with their outstanding acts that impressed the judges. Some other highlighted wins of the day include: musical chairs and the tire bridge were both won by the senior class. The juniors won in chipping, limbo, and the three point contest. Sophomores excelled in fencing and putting. Tug-of-War, which ended the festivities, was won by the juniors for female and mixed while the sophomores won the male division.

The overall winners of Superstars were the juniors, with 332 points. The seniors were in a close second, with 318. The freshmen came in third place with 311 points. And coming in last was the sophomores, with 274 points.