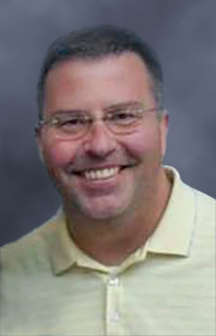 The Algona Community School Foundation has been gifted $20,000 thanks to the Chad Ahlers family. Joyce and Vince Conolly, Ahlers’ aunt and uncle, made this generous gift.

Chad Ahlers was a former Algona High School math teacher and multi-sport coach who passed away. Ahlers cared a lot for his athletes, mainly those in track and cross country. The Conollies decided to donate in remembrance of Ahlers to the School Foundation. A fitting cause to Ahlers’ passion, the money was granted towards a new automated timing system, specialized for track and field.

The Fully Automatic Timing system, FAT, is “a powerful sports timing photo-finish camera.” It makes it easier to get the athletes’ accurate times. It mainly consists of little devices that the runners wear. Once the gun is set off, the time begins on the device. When crossing the finish line, the device will take a picture. From there, their time is captured. This system makes everything easier and requires less time and fewer people working on times. It should help meets move quicker and be more accurate. Also, several places, like the Drake Relays, are only taking times recorded through an FAT system.

This wonderful donation will be used for this year’s season and for many more seasons to come.