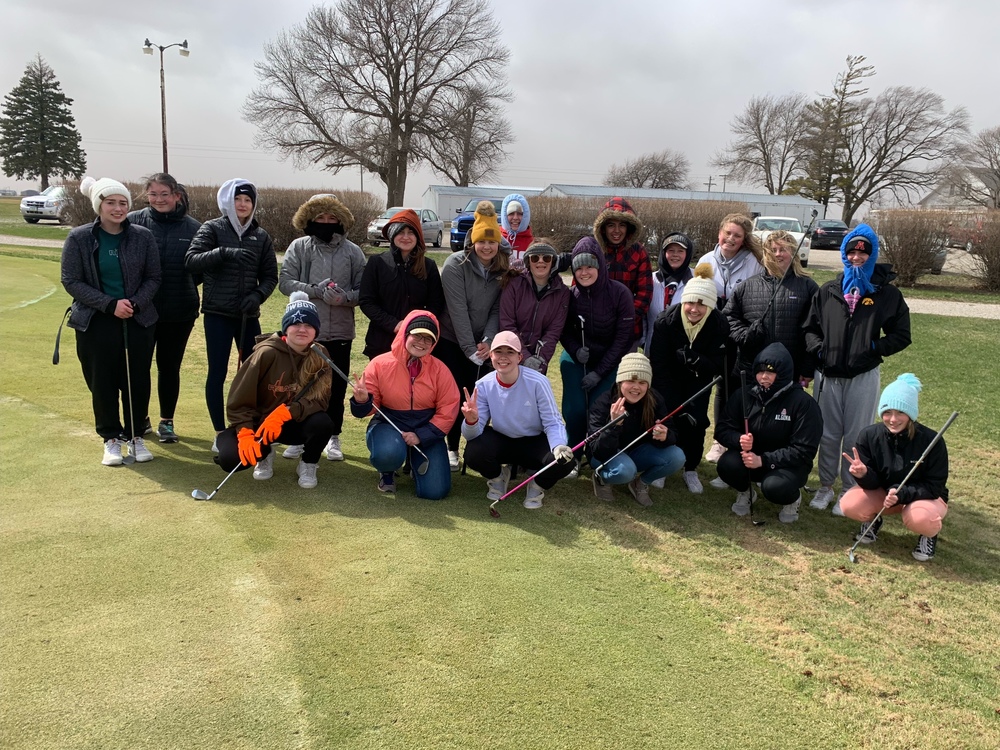 The AHS boys’ and girls’ golf teams both finally took the greens for some meets. On April 11, the girls kicked off their season at Estherville for a match against ELC and Spirit Lake. The Indians won, finishing with 211 total points. The Dogs came in second, with 244, while the Midgets finished third, with 257.

The boys started their season on April 12. They had a double dual at home against North Union and West Bend-Mallard. They finished with a total score of 194, finishing in second, behind North Union, who finished with 174. West Bend-Mallard brought up the rear with 220 total points. The top golfer for the Bulldogs was Harrison Waltz, who finished with a 46 in nine holes. Luke Carter followed close behind, with a 48. Miles Goche and John Cox both scored 50s. Miles Goche said, “It was a pretty good start to the season.”

The boys and girls’ next meet is on Friday, April 22. The boys travel to Clear Lake while the girls stay in town and will golf at River Road.