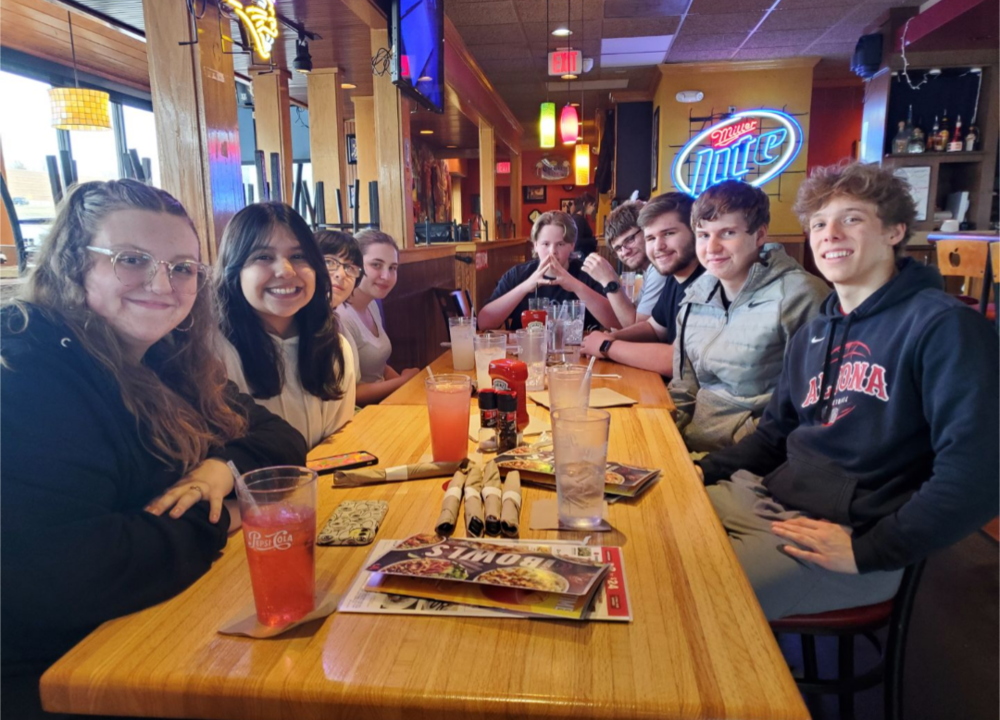 Model UN had their spring conference on April 7th and 8th at the University of Northern Iowa.

According to advisor, Mr. Stein, Model UN is a role-playing simulation in which students take on the role of various state ambassadors to the United Nations. A Model UN conference usually includes several concurrent committee sessions based on real Model UN committees. Schools are each assigned a country (or more than one) for whom they must field delegates to the various UN committees.

Students from Algona researched many different areas, including political and security, social, humanization, cultural, disarmament, ECOSOC, security council, and ICJ. The countries  Algona were presented with this year were the United Arab Emirates and Kuwait.

The AHS students who attended collaborated with students from different schools all across the state for the two days. They set goals to represent different countries and negotiate a solution with the topics at hand. There were 16 delegates from AHS at the conference. Levi Clegg was awarded outstanding delegate recognition within his committee, the international court of justice.

Mr. Stein stated, “I am very proud of all of the hard work that the students have put in. The seniors will be missed next year.”