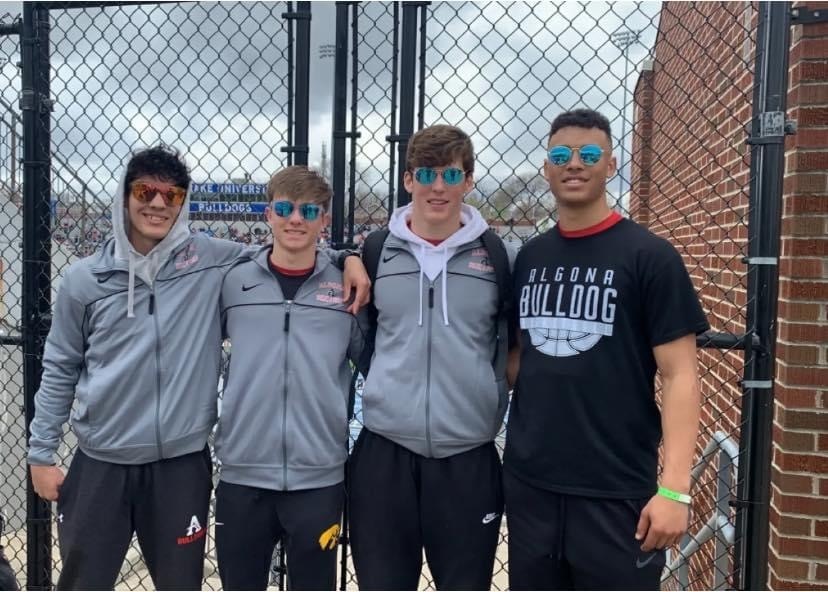 The Drake Relays are a huge track event in the state of Iowa and were held on April 27th-30th. The Drake Relays bring in athletes from high school, college, and even professional athletes. High school athletes feel very honored to qualify for the Drake Relays, and many athletes see going to Drake as a bigger accomplishment than making it to State track and field.

The Algona boys’ track team had one relay qualify for the event, which was the 4x100. The team consisted of Porter Reffer, Carlos Gomez, Lamorn Ulfers, and Alex Manske, with the alternatives being Levi Clegg and Brad Mullins. This relay qualified for Drake with a time of 44.74 seconds before the deadline of April 22nd and started the relay ranked 74th out of 96 teams. This was a huge race for these boys considering they were going up against teams from every class in the state of Iowa and teams from all around the state. The Algona 4x100 competed on the morning of Saturday, April 30th. Alex Manske, a freshman at Algona, says, “Nothing is impossible unless you can’t do it.” The boys placed 52nd out of the 96 teams competing, and they ran a faster time of 44.59 seconds.