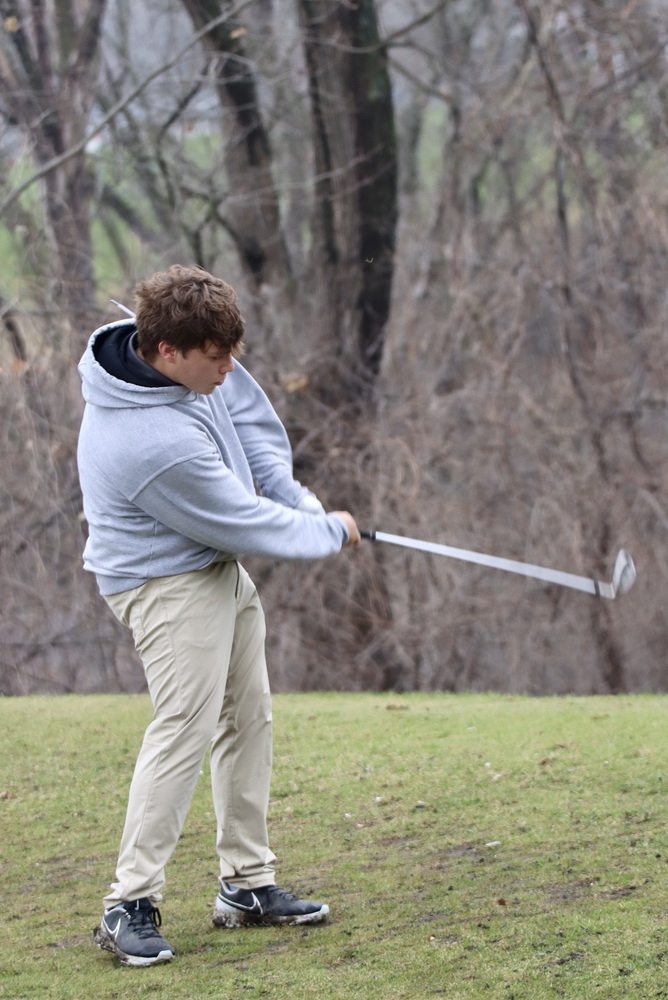 Swinging through the season

The Algona girls’ golf team has been killing it on the golf course! Lainey Venteicher got runner up medalist with a 47 at the meet on Tuesday, April, 26. The girls went one and one. They lost to Spencer but won against Western Christain. The girls are currently 6-4 on season and 2-2 in the Conference. There have been eight different girls to score on Varsity. There are six athletes who compete on the Varsity squad. From those, they take the lowest four scores for the meet. The girls traveled to Hampton Dumont on Friday, the 29th, and they placed 3rd overall. They also traveled to Clarion Goldfield Dows on Tuesday, the 3rd and tied Clarion, both teams with a 214. On Thursday, the 5th, the golf team took on the cross town competitors, Bishop Garrigan. Algona kept it close against a tough Garrigan squad, losing 208-185. Nataile Walker says, “Golf this year has been a blast. Between coaches and teammates, it is always a great way to end the day.”

The Algona boys’ golf team has also been striving on the course. In the meet on the 26th of April, Isaiah Youngren took the lowest score on the team, shooting a 48. The team took 3rd overall. At the meet on April 29th, against Hampton and Webster City, the Algona boys took 3rd again. This time Luke Carter shot a 46, taking the lead for the Algona team. The team had a home meet on Tuesday, May 3rd, against Clarion and placed 2nd overall with a 203. On May 5th, the boys also took on Garrigan. They also kept it close, losing 191-185. The end of season is coming up quickly. Miles Goche says, “It is always fun to compete in a sport that has always been so much fun for me.”

Both the boys and girls are headed to their North Central Conference tournament on Monday, May 9th. The girls will be at Spring Valley and the boys head to Fort Dodge. Good luck to all as the season approaches its end.