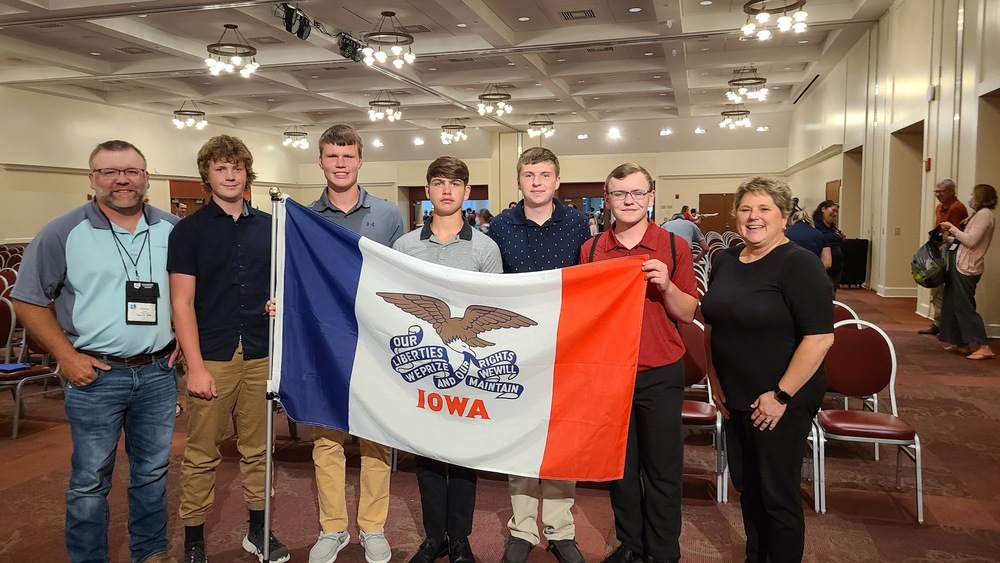 There were 48 teams competing from across the United States and Canada.  A few states as well as Canadian provinces and China did not have any teams competing this year.  Envirothon is a five-member team competition for high school students, testing their knowledge of natural resources. Whether in the field or the classroom, students are challenged to use their knowledge and critical thinking skills to conduct hands-on investigations, solve real-life scenarios, and answer written questions covering five categories: Aquatics, Forestry, Soils, Wildlife, and Current Environmental Issues.

The participants had a work day on Monday, July 25, where they learned about the five categories.  Tuesday they traveled to contest sites and took tests over the five categories.  Wednesday was a fun day as the participants and chaperones traveled to Kings Island amusement park in Mason, Ohio, for a fun day.  Thursday the teams heard speakers about the current event topic and then spent eight hours sequestered working on their Recycling Project.  On Friday they gave their presentation to a panel of judges and in the evening found out the team results.

The Envirothon Competition is made possible with support from the various state conservation districts, business and industry and Smithfield Pork.