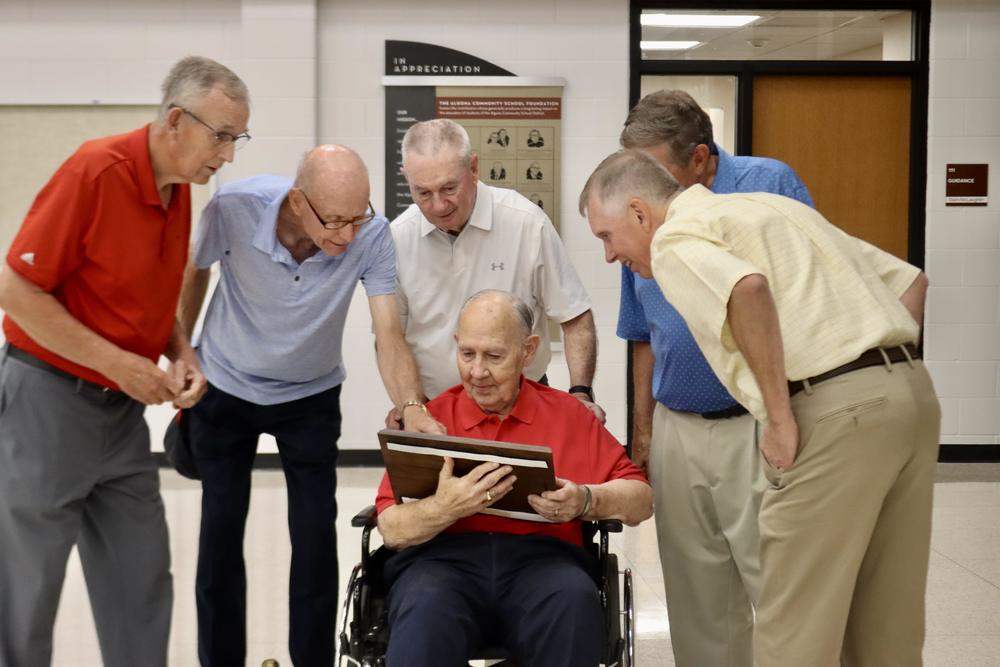 The Algona Wall of Fame is a designated area to honor individual athletes or teams from Algona High School for their athletic accomplishments. An annual induction ceremony takes place to honor them. This year, the ceremony was held on Friday, September 2, 2022. Noel McLaughlin, Wall of Fame committee member, states, “I think it is a great opportnity to honor our past athletes. Some pretty amazing people have graduated from AHS.”

This year, two teams were recognized, the 1993 Class 3-A State track champions and 1964 boys’ basketball team, who placed 3rd in an all class State tournament. They were recognized at a ceremony in the AHS commons and were also recognized at halftime of the Bulldog football game that night.

The 1993 track team won four events and placed in a fifth, as well. The team finished first in the 4 X 400 meter relay, finishing before Hull Western Christian by eleven seconds.

The 1964 boys’ basketball team is recognized for not only finishing the season 22-3, but they also had a Conference championship within the season. The season ended with a 3rd place title in an all class State tournament, which consisted of eight different schools.