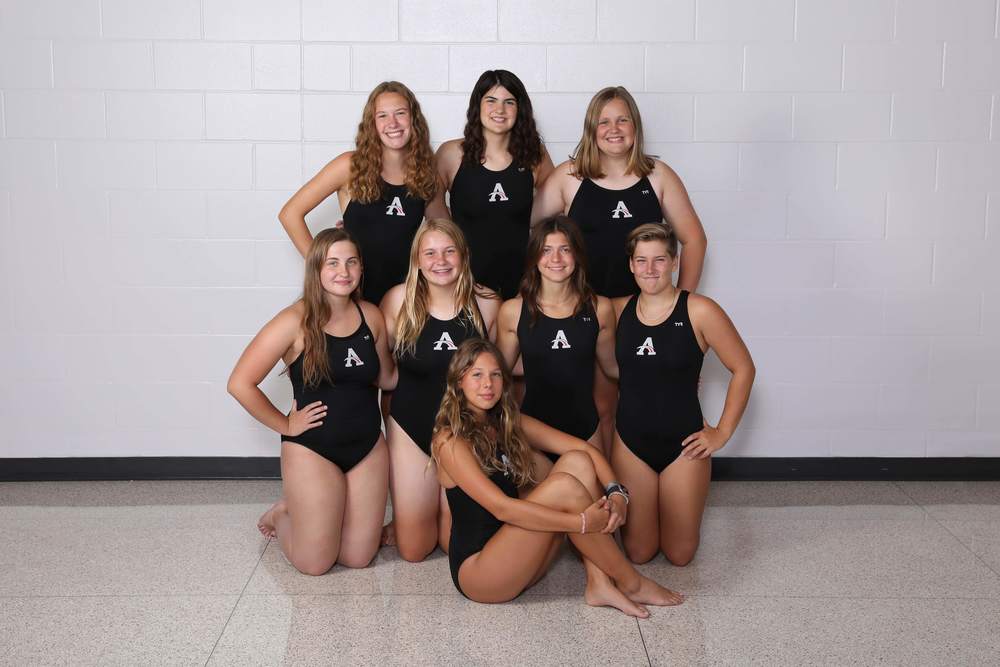 Bulldogs are back in the swim of things

The Algona swim team is a mixture of 12 swimmers from Algona, Bishop Garrigan, and Estherville. Estherville has four swimmers, while Bishop Garrigan has just one. Algona has six swimmers and one diver. The team is very young this year, with only one senior. The Algona swim team has six new swimmers this year, five being freshmen. One of those freshmen, Natalee Reemstma, said, “Joining swim team has been the most fun and best decision I have made going into high school.”

The Bulldogs started their year at Estherville against Spencer on August 23rd. One highlight from this meet was Reese Taylor. She runs cross country, but when she is not running, she is attending swim meets to dive. She had a final score of 170.65.

Algona’s next meet was just two days later, on August 25th, at Perry. The swim team took a loss at this meet, but three swimmers took home medals. Brooke Ludwig, being one of them, got first in the 200 yard freestyle.

On the 8th, the Bulldog swimmers traveled to Fort Dodge for a triangular with Sioux City West and Fort Dodge. Algona’s swimmers kept getting better by shaving off more and more time.

The Bulldogs’ next meet will be at home on Tuesday, September 20th, as they compete against Spencer.