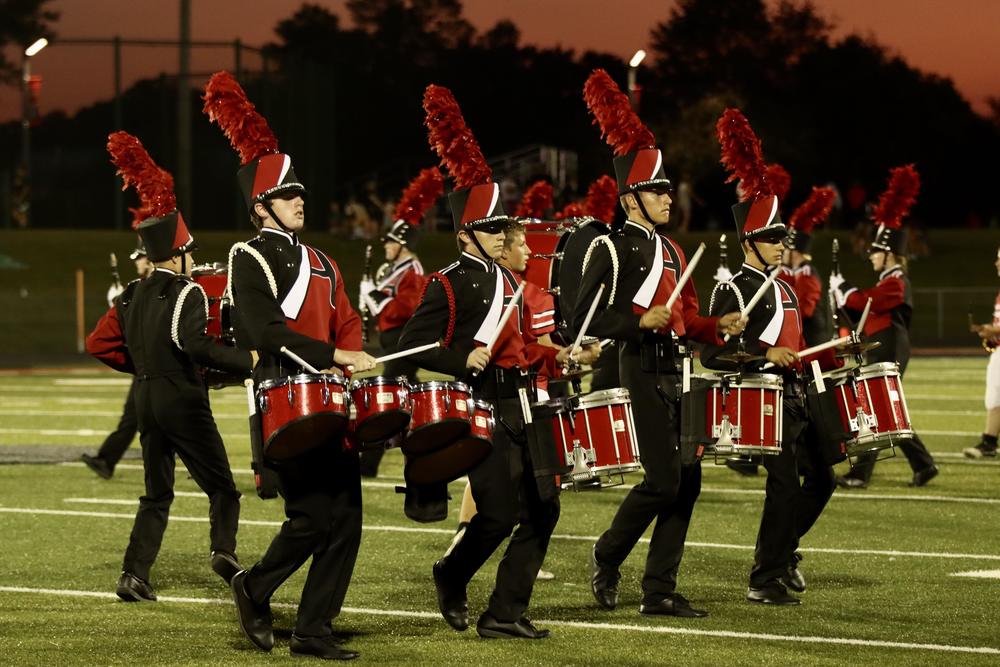 The Scarlet Regiment Marching Band put on an amazing first show at Algona High School’s home football game halftime on Friday, September 2nd. Their focus for this year is on showing confidence and having an attitude. Their performance includes three movements in the song “Scarlet Vibe.”

The Algona band program has been working really hard on their upcoming field shows for the 2022 - 2023 school year. Starting in early August, the students attended band camp with a few more rehearsals after that. Then, leading into September, the band started early morning practices, putting in wonderful effort.

The band’s hard work is really starting to show as they work towards many halftime performances and upcoming competitions. “It’s really cool to hear how the band started vs now and physically hearing a difference in their growth and hard work,” says Loralei Brady.

Their next performance will be held tonight, September 16th, at Algona’s home game halftime. They’re also preparing for Band Day, which is right around the corner, on Saturday, October 1st.