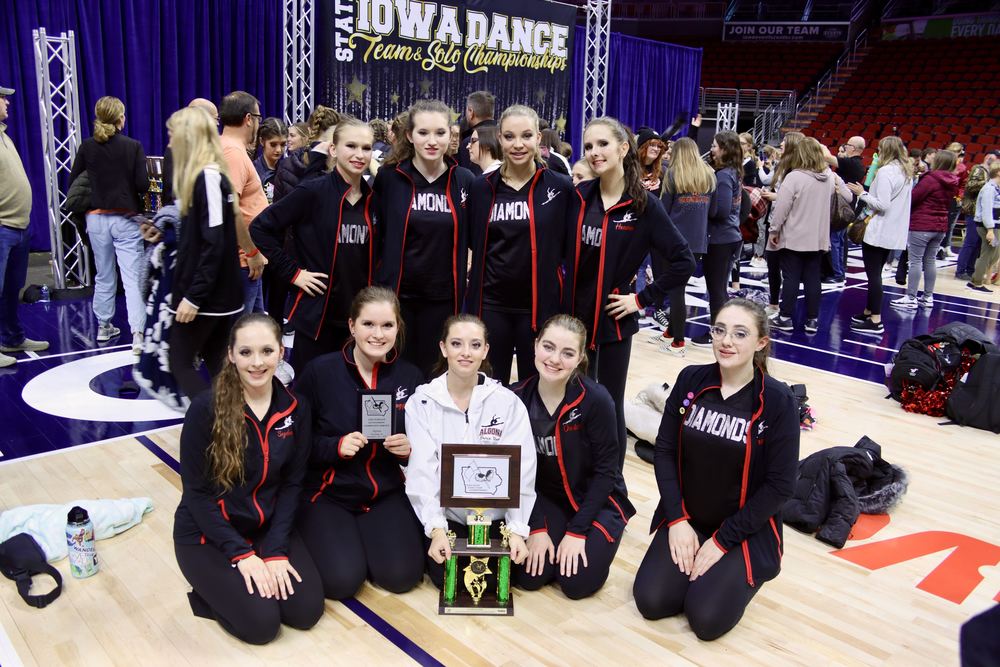 On Thursday, December 2, the Algona High School dance team traveled to Des Moines to compete in the Iowa State Dance Team Association State competition. The team includes nine girls and head coach Danelle VanGorkom. The team has been working hard since August in preparation for their State performances. The AHS dancers competed in two routine categories at State, one in the pom category and one in the jazz category. They also had three soloists compete.

The AHS soloists started off the team’s performances for the day. The soloists included Sarah Mawdsley, Danica VanGorkom, and Allee Carr. VanGorkom and Carr received division I rankings for their solos, the highest rating you can receive. In order to get a division I ranking, the soloist must score 75 points or higher out of 100 possible.

Following the solos, the team performed their pom routine. All nine girls participated in this routine. The girls had a great performance and received a division I ranking! In order to place at awards, a routine must get a division I ranking. The AHS dancers were awarded fifth place out of the 13 teams they competed against in class nine pom.

The girls wrapped up their performances at State with their jazz routine. The team was once again awarded a division I ranking, placing seventh out of 12 teams in class five jazz.

Congratulations to the AHS dance team on their amazing performances at the State competition and their recognition for their community service. The team’s hard work and dedication on and off the stage paid off!