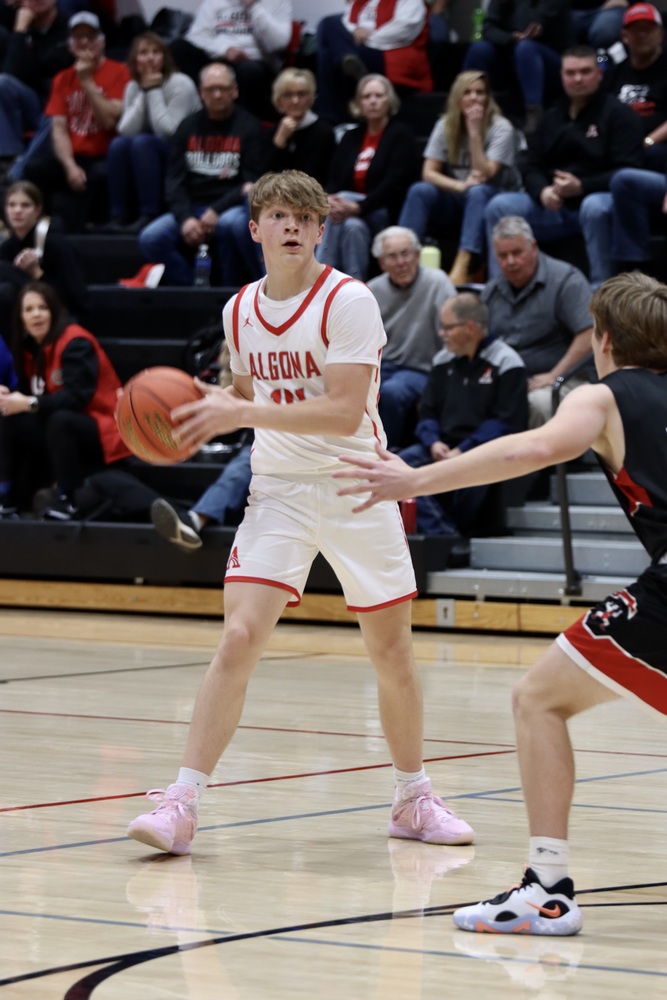 Season is ramping up

The Algona boys’ basketball season kicked off a couple weeks ago and is ramping up as we are approaching winter break. The Bulldogs currently have an overall record of 2-2.

The Bulldogs played Charles City on Saturday, December 3, 2022. The game was a close one until the end, which ended with the Dogs losing 78-75. The Bulldogs’ leading scorer was sophomore, Alex Manske, with 21 points. Coach Blake Elsbecker stated, “That was a tough game, but they might be the most athletic team we will play this year.”

The Bulldogs played Forest City on December 12. The game was originally scheduled for December 8, but due to weather was pushed back until the 12th. The Bulldogs won by a final score of 80-35. The Bulldogs’ leading scorer was senior Caden Weber with a career high 30 points.

The Bulldogs play the Humboldt Wildcats on December 13. The Bulldogs lost to a tough Wildcat team by a final score of 83-63.