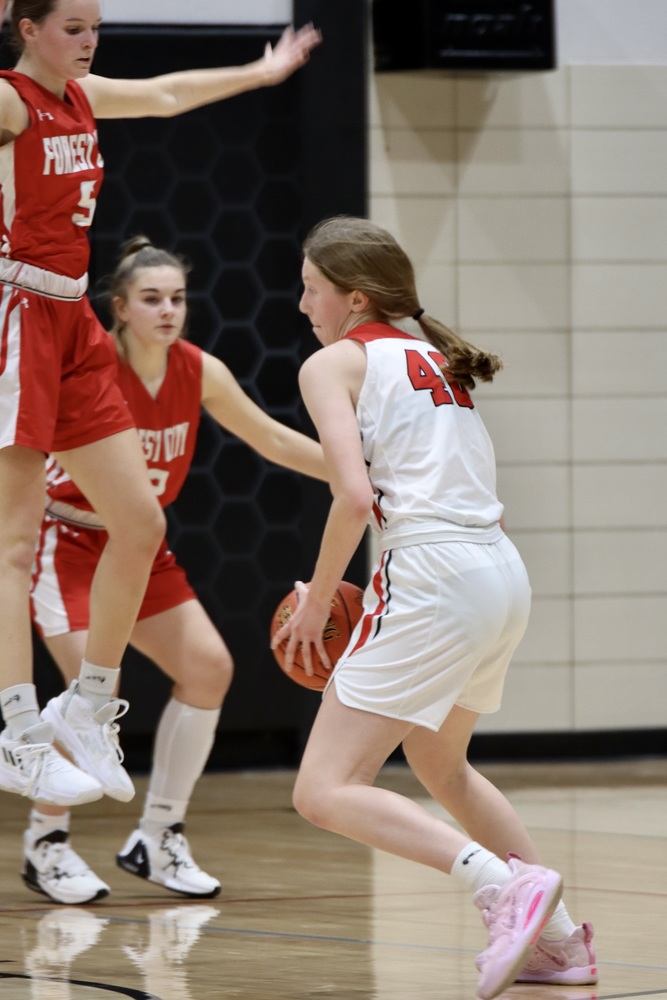 The Algona girls’ basketball team has been working hard in the gym and they are almost halfway through their season. The girls played Hampton-Dumont-CAL in their fourth home game on Friday, December 2. With a final score of 61-17 against Hampton, the girls played an outstanding game. Casey VanOtterloo had a strong performance and finished the game with the highest points, at 16, followed by Lauren McLaughlin with 15.

The girls traveled to Charles City on Saturday, December 3. The girls played at 1:00 and won big, with a final score of 72-21. At Charles City, Lauren McLaughlin had another excellent performance. She scored 19 points, had 5 rebounds, and shot 100% from the free throw line.

On Tuesday, December 13th, the Bulldogs traveled to Humboldt. The girls started off slow during the first two quarters, with a score of 20-21 at half time. In the last half, the girls kicked it into gear and took the win with a final score of 55-40. The girls played great defense the whole night against the Wildcats.

The girls’ basketball game was postponed on Friday, December 16th, due to weather. The girls were supposed to play Iowa Falls-Alden at home. This game will now take place in January.

On Saturday, December 17th, the basketball girls played a home game against Bishop Garrigan at 2:15. They had a tough loss to a tough team with a final score of 30-70. Lillian Etherington played a great basketball game, scoring 14 points. Overall the girls fought all four quarters of the game and tried very hard.

At this moment the girls are at the top of the Conference, alongside Clear Lake. The Dogs are 3-0 in the Conference and on their overall season they are 5-3. The girls are playing great this season and have plenty more to come. Lauren McLaughlin states, “Basketball is a great way to learn life lessons and make new friends.” The Dogs take on Clear Lake this Tuesday, December 20th, in Clear Lake for a big Conference matchup. Go Dogs!