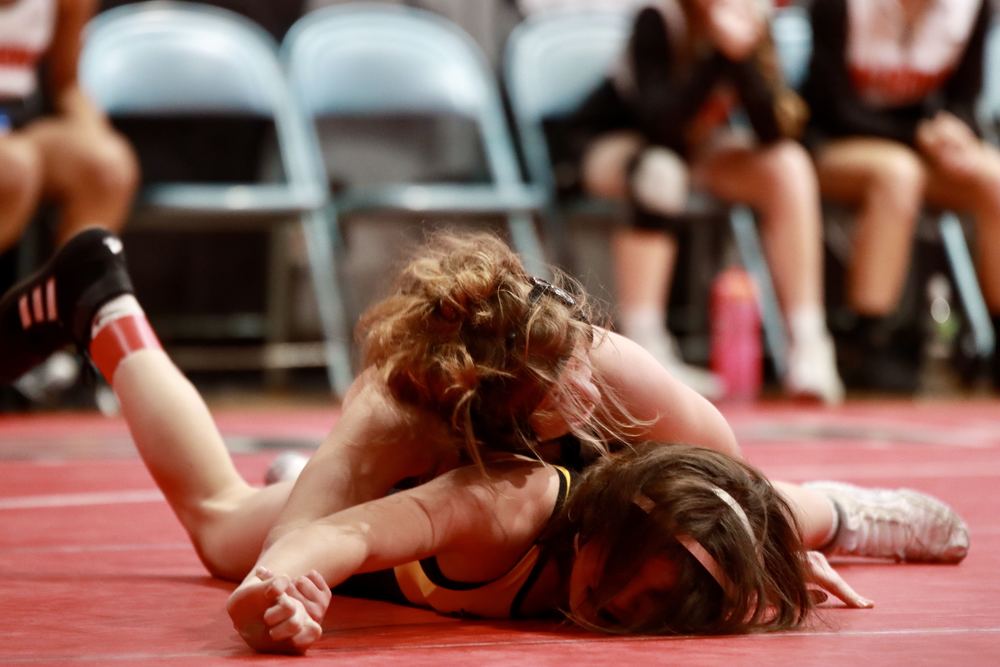 Working for the win

On December 2nd, the girls’ wrestling team traveled to Humboldt to compete in a scramble. The girls took on Ames, AP-GC, Clear Lake, Des Moines Public Schools, Emmetsburg, Humboldt, Iowa Falls-Alden, Osage, Pocahontas Area, and Saydel. Sophomore, Malyn Davis, won her first match with a fall at 2:54. She then made it to the semifinals with a fall in only 58 seconds. Junior, Jenna Stohr, made it to the semifinals with a fall at 58 seconds as well. Alyssa Olson won her 1st place match with a major decision, 12-3.

Coach Jacob Adams says, “They’ve been wrestling really well and improving every single day.” The girls are already halfway through their season. Their next meet will be down in Fort Dodge on the 17th. Make sure to go cheer the girls’ wrestling team on in upcoming matches.