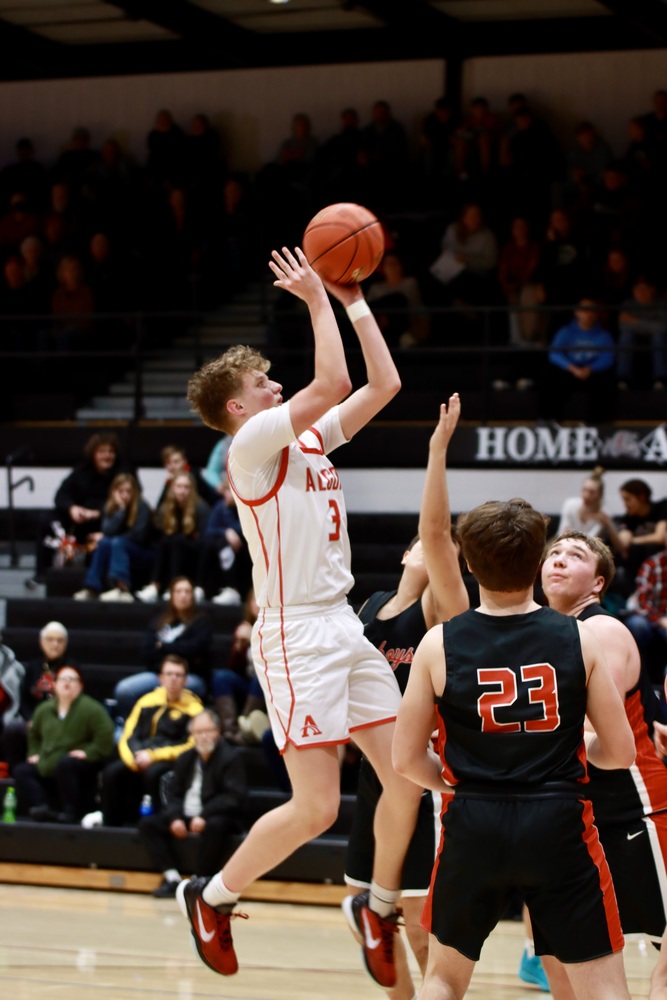 The Bulldogs took on the Gales on Friday, January 6th. Both the girls and boys played a great game. The final score of the girls’ game was 60-21. For the girls, A’Lailah Perry played a great game as well as Paige Schmitt. Perry had 18 points and 12 rebounds by the end of the game and Schmitt had eight steals. The boys ended the game with a final score of 90-47. Ben Helmers had an amazing game, finishing the night with 32 points and 9 rebounds

On Saturday, January 7th, the Bulldogs traveled to Garner to take on the Cardinals. The girls played at 3:30 and had a great game. The final score of their game was 48-24. The girls played great defense on the Cardinals, limiting their scoring. Casey VanOtterloo had an amazing first quarter, making four threes in a row. The boys had an exciting game on Saturday, keeping the crowd on the edge of their seats. They finished the night with a score of 50-49. Caden Weber hit a quick three at the end of the game, giving them the one point lead and helped them take home a win. Helmers had another outstanding game with 22 points, 7 rebounds, and 5 steals on the night.

The Bulldogs took on Clarion-Goldfield-Dows on Friday, January 13th. The girls had a good game against the Cowgirls. A’Lailah Perry and Lillian Etherington had a great game. Perry scored 13 points and had 12 rebounds. Etherington had 10 assists by the end of the game. The final score was 61-36 in favor of the Bulldogs. The boys ended the game with a score of 67-52.  For the boys, Alex Manske played great. Manske finished the night with 16 points and 6 rebounds.

On Saturday, January 14th, the Bulldogs played Spencer. The girls played at 2:15 and the boys played at 3:45. The girls had a good battle against the Tigers but came up short, with a final score of 47-58. VanOtterloo scored 17 points and had an amazing game. The final score for the boys’ game was 60-50. Manske had another great game, scoring 16 points and 6 rebounds.

Next, the girls and boys traveled to Hampton-Dumont-CAL on Monday, January 17th. The girls won their game with a score of 34-28. The boys had a final score of 68-50 for their game. All of the boys played a good game. Simon Feucht and Caden Weber both scored 14 points, Manske scored 15 points, and Helmers scored 17 points.

The Bulldogs were scheduled to play Pocahontas on Thursday, January 19th, but the game was canceled due to bad weather. The boys will make up the game this Saturday, January 21st. The girls will not make this game up.

The teams round out their week on Friday, January 20th. The Bulldogs will play Webster City for the second time this season, this time at home. This is also Pink Out night, so come decked out in pink and support the Bulldogs!