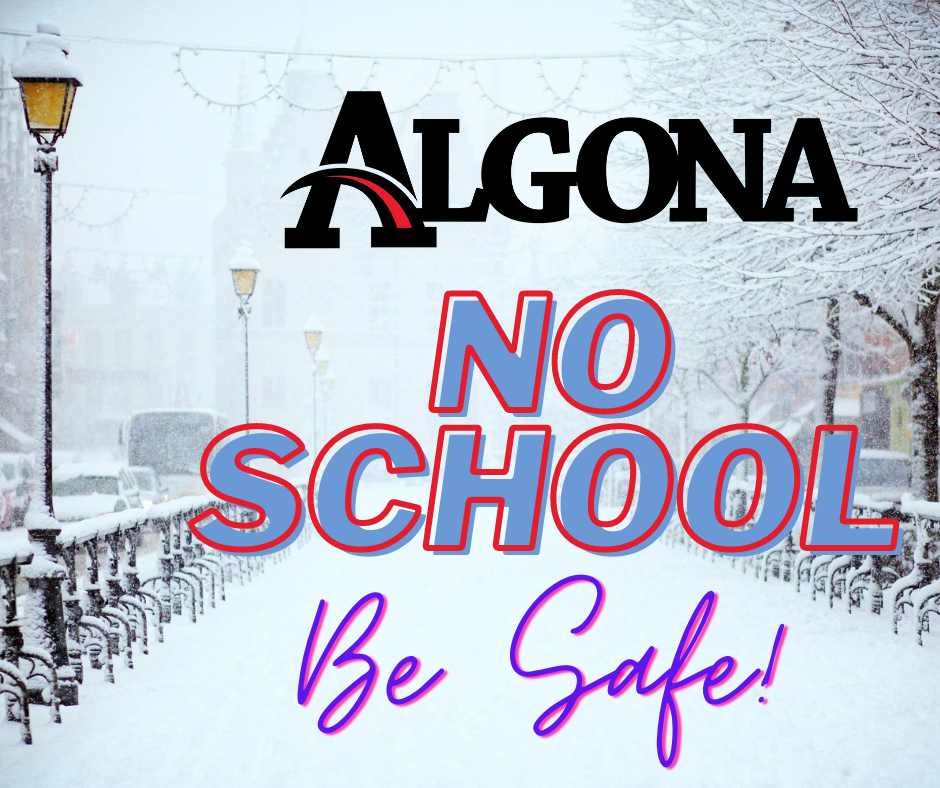 At Algona High School, and many surrounding schools, there has been a terrific amount of snow days already this school year.

The Algona School system goes off how many hours we need to be in school rather than actual days. In Iowa, public school students have to be in school for 1080 hours. Algona has had six full snow days and six days of either early outs or two hour late starts. The school calendar always has some hours added in just in case of snow days. However, those extra “banked” hours are now used up. Algona has missed 53 hours of school so far and has 13.3 hours of school to make up.

Many seniors have been wondering if they will have to make up school days due to the inclement weather. According to Algona superintendent, Mr. Carter, the answer is no, unless they have not made the graduation requirements. Cailey Carroll states, “I love snow days and love not having to make them up.”

The seniors' last days will be May 17th and commencement will take place on May 21st.