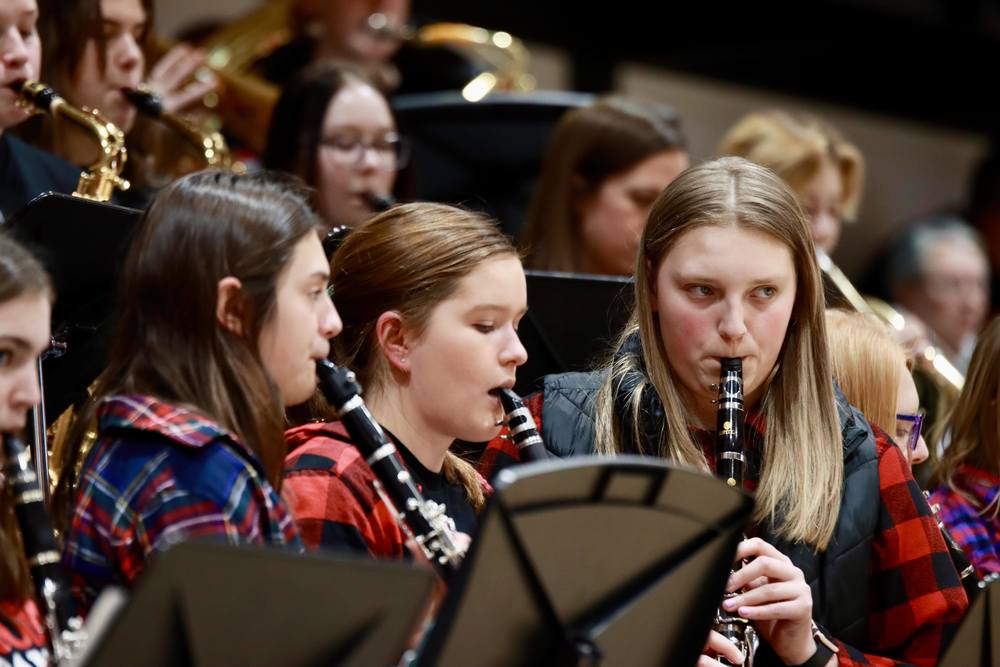 The band at Algona High School has been busy. Throughout the month of January, the high school band has been doing pep band at a variety of Varsity basketball games. They played on the 6th, 13th, and were supposed to on the 19th. Upcoming pep band dates are on the 24th and the 30th. Anybody who can play an instrument and read music is welcome and encouraged to participate. They play a wide selection of music that you will probably recognize and can even sing along to. Hannah Severson says, ”Everybody loves the pep band.”

Jazz band had a clinic recently, on the ninth of January. Here they received help on their current  music selections. The jazz band is performing on the 20th at a Jazz Band Festival at NIACC in Mason City.