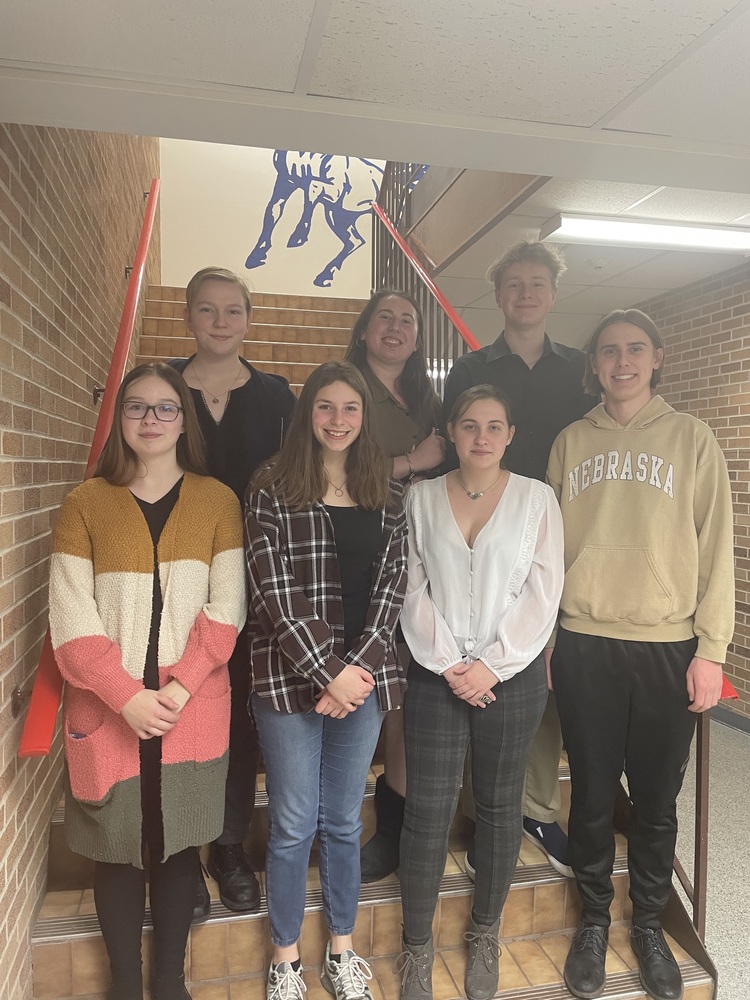 Algona High School individual speech students had great success at Regionals on the 26th of February at Newell-Fonda High School. Nine out of thirteen acts that performed from Algona High made it on to State. In order to advance to State, the judge has to give the performance a Division I rating.

“Individual speech is really fun. This is my first time going out for it, and I’m glad I did. Zuetlau is one of my favorite teachers, and she makes it even more fun,” says Seth Walker.

State individual speech will be hosted at Woodbury Central in Moville on March 12th. The public is allowed to attend. If you’re willing to make the drive, you can get some quality entertainment and support our Bulldogs in speech!