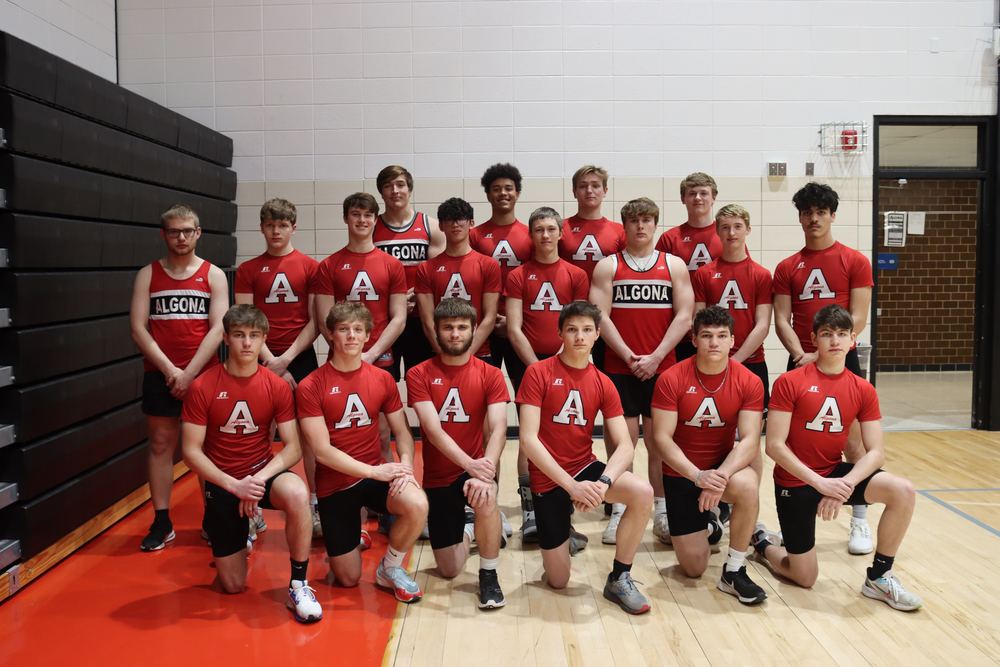 The Algona Bulldogs’ girls’ and boys’ track seasons have begun. Everyone has been practicing hard and building up strength and momentum to kick off the season strong. The boys traveled to Humboldt for an indoor meet on Friday, March 11th; the girls also traveled to Humboldt but on the 18th.

On the boys’ side, overall the boys placed 1st. Some highlights include the 4x200 team placing first, runners were Lamorn Ulfers, Carlos Gomez, Levi Clegg, and Ashton Moreno, with a time of 1:42. In the 1600 Meter race, Ryan Stundahl placed first with a time of 5:10. Second place finishes include Porter Refer in the 60 Meter dash, Stren Crouch in the 400 Meter dash, and the 4x400 team. For field events, Alex Manske placed 1st in high jump with a jump of 5’8” and Jaxon Woodyard placed 2nd in shot put, with a throw of 48’6” .

On the girls’ side, the girls placed 4th overall. Some highlights include the 4x200 team of Kayla Thompson, Peyton Bradley, Ava Henry, and Ella Lawson placing 1st, with a time of 1:24. Moriah Knapp placed 1st in the 1600 Meter race, with a time of 5:10. Second place finishes include the 1600 Meter relay, the 4x400 team, and Kayla Thompson in the 60 Meter dash. In the field events, A’Lailah Perry placed 2nd in shot put with a throw of 48’6”.

Both boys and girls did great and competed hard. Next, the Bulldogs will both have a meet on Monday, the 28th, at Greene County.