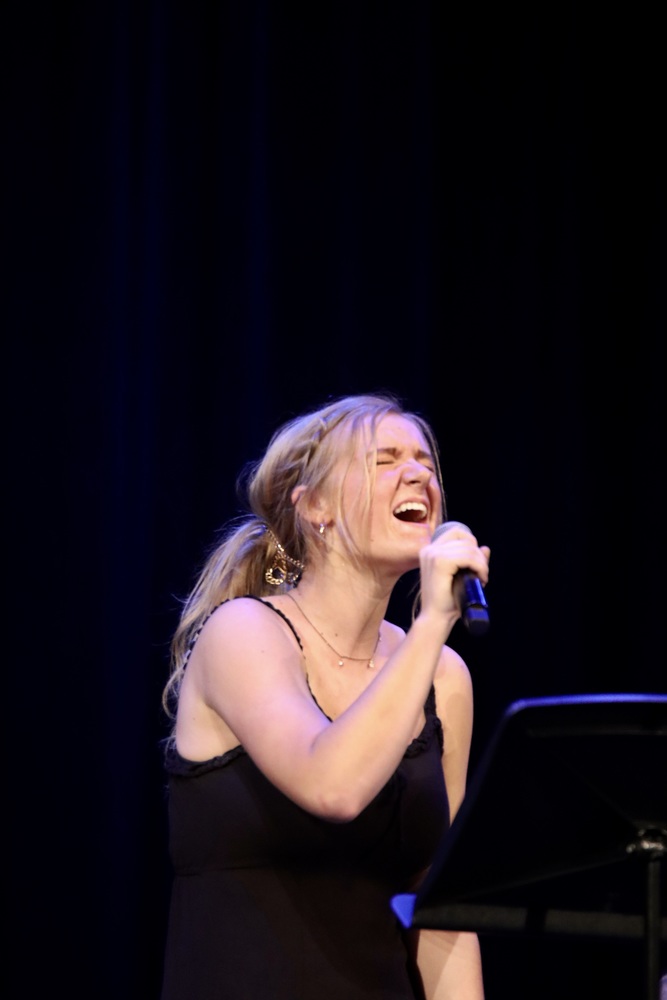 On March 24, 2022, AHS hosted a Mental Health Awareness Showcase. The students at AHS are aware of the importance of mental health and wanted to show their support by fundraising money with a silent auction and free will donation concert. The money raised was put into the mental health fund at the school to support students within the school.

Items offered at the silent auction were such things as goodie baskets from Feedmill, Bloom, Geving Chiropractic, Innovations, parents, teachers, the AHS baking class, and many more! Guests in attendance could bid before the concert and during intermission. Winning bids were announced at the end of the concert, and items were taken home that night.

A huge thank you goes out to Shea Thilges and Kylie Skow for heading this year’s showcase. Also thanks to Mrs. Cassens & Mrs. Spear and the rest of Student Senate for lining up this event for the last two years. Mrs. Spear states, “We have so much talent at AHS, I’m so glad they showcased their talents for such a great cause!” A shoutout goes to Emma Elsbecker, being a huge advocate for mental health awareness and starting the showcase, which is now a new favorite for many at AHS.