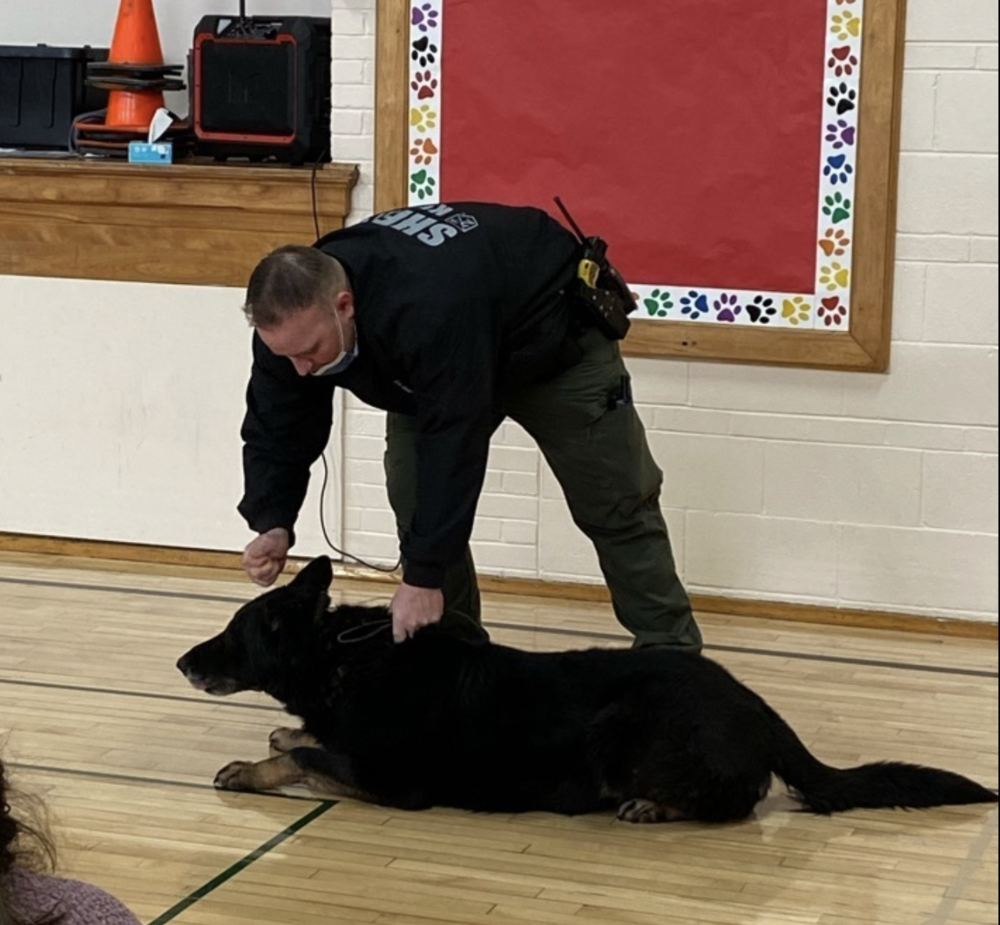 Lucia Wallace students and staff were excited to welcome Yoshi, the Kossuth County K-9 on Tuesday, February 23rd.  Sheriff Fisher, Deputy McGregor, and Deputy Radmaker made the trip with Yoshi.  Sheriff Fisher told us about Yoshi’s role with the Sheriff’s Department.  Yoshi assists with traffic stops, building searches, tracking, apprehension, and protection.   Deputy Radmaker wore a special suit so Yoshi, with the help of Deputy McGregor, could show us how he works.  We also learned that Yoshi is an award winning dog.  He has won the State of Iowa K-9 Competition two times and won a competition in Texas too.  He is currently 11 years old and ready to retire.  The Sheriff’s Department is getting a new K-9 from Poland, and the students will help think of the dog's name.